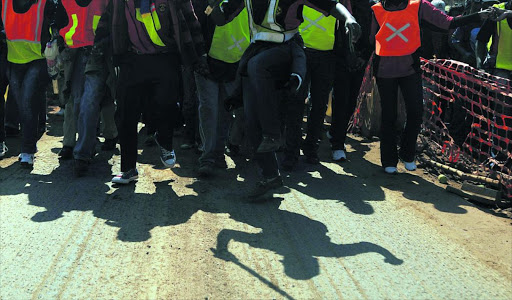 "Police are on the scene (on Wednesday afternoon) and are monitoring the situation but no arrests have been made yet."

The protest was organised by the SA Municipal Workers Union (SAMWU), said Mohobeleli.

Workers were demanding the sacking of four senior managers, who they said were mismanaging municipal money.

"The protesters are expected to disperse at around 4pm," Mohobeleli said.

Samwu provincial secretary Moses Miya said he could not comment on the strike because he and the other Free State provincial spokesmen were at a conference in Bloemfontein.