AMAPONDO Prince Sizakele Ndamase hosted a royal feast at his wedding in the Eastern Cape yesterday. 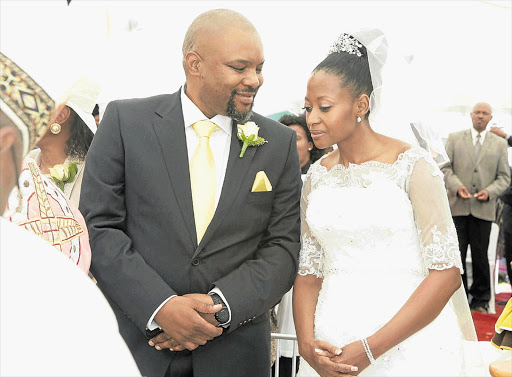 More than 600 guests poured into maMpondomiseni Great Place near Libode to celebrate the royal affair.

Among the guests were UDM leader Bantu Holomisa; Chief Phathekile Holomisa, the president of the Congress of Traditional Leaders; and several representatives from other royal households around South Africa.

Four large white marquees were erected on the palace grounds and, after exchanging vows, the 43-year old prince and his new bride, Malebo Madikologa, 39, cut their four-tier cake.

The groom said he decided to tie the knot after the king approached the traditional leaders in the kingdom.

The kingdom has more than two million subjects and stretches from Port St Johns to the Mthatha River in Mthatha.

The prince added: "I hope my wedding will inspire other men in the monarchy."