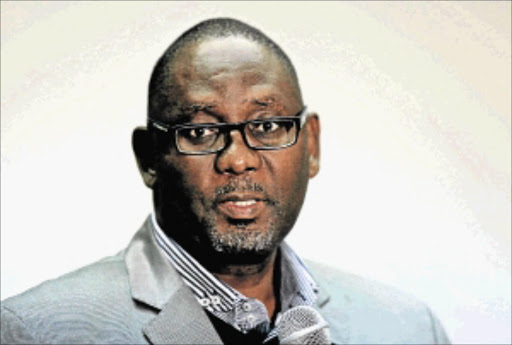 Cosatu general secretary Zwelinzima Vavi has shrugged off criticism that the Russell Tribunal on Palestine is a kangaroo court.

The tribunal is billed by its convenors as an international platform for the promotion of peace and justice between Israel and Palestine.

About a dozen protesters calling themselves "concerned Jews" and outside Cape Town's District Six Museum, where the hearings took place yesterday, dismissed the tribunal as "biased". One brandished a placard reading: "No to kangaroo courts, Yes to consultative dialogue".

Vavi who, along with Winnie Madikizela-Mandela, participated in the tribunal, said Cosatu was proud to have sponsored the event.

"Cosatu will remain committed to using workers' money to ensure that welfare and justice are available to all people in the world, just as we received support from people in other countries," he said.

"Palestinians are being forced out of their country and, as people who received support from other countries, we are saying that it shouldn't happen."

Vavi said he was moved by testimonies to the tribunal and described the plight of Palestinians as "worse than apartheid".

The two-day session in Cape Town was the third in a series of hearings around the world. Sessions were held in Barcelona and London last year, and the final session will be in New York next year.

Alan Fischer, who led the group of protestors, said they wanted a chance to tell their story.

He slammed Cosatu for sponsoring the tribunal with workers' money.

"We are here because we believe the process is patently unfair. This Russell Tribunal . has on it everyone who has already taken an anti-Israeli position," said Fischer.

Witnesses drew parallels between the policies and practices of Israel with regard to Palestinians and those of the apartheid government in South Africa.

When Archbishop Desmond Tutu opened the tribunal on Saturday he lashed out at Israel for the suffering of Palestinians.

"We worship a God naturally biased in favour of the suffering, the underdog, those who are suffering underfoot.

"In the Holy Land, the Palestinian people are the ones suffering."

Fischer said Tutu should deal with the matter "even-handedly" and "in a way that will be conducive to bringing about a peaceful settlement".

The tribunal will announce its findings today.