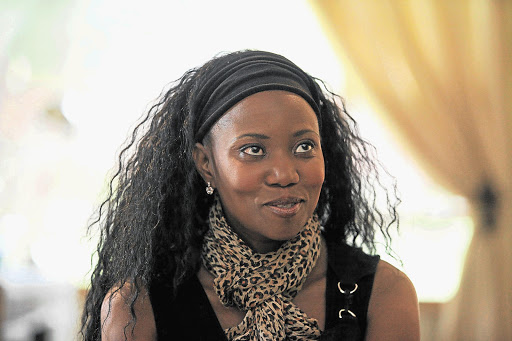 EARLY on Thursday morning, while thousands of South Africans queued to be tested for World Aids Day, actress Lesego Motsepe declared on radio: ''I am HIV-positive."

Motsepe, who played Letti Matabane on SABC3's Isidingo from 1998 to 2008,had kept her status hidden for 13 years. In fact, she only confided in her family last year.

In an interview with the Sunday Times, Motsepe, who studied drama at the University of Pretoria, told how she contracted the virus from an ex-boyfriend who kept his status a secret.

"I told him [and] he said, 'Don't tell anyone.' I was so uncomfortable in my own skin and that's why I know now what I am doing is [for] a greater purpose. Enough is enough."

The Johannesburg-born actress said: ''I woke up and thought today is as good as any day because it has been a long journey and I realised that a lot of young people out there are so scared when they are tested for the first time.

"Our society had made this virus a monster and all it is is a virus. I'm doing it for the voiceless people out there who just found out today, and know that I've got their back."

Sibusiso Mkhize, programme and grant manager at the Aids Foundation South Africa in Durban, said: ''Having someone like Motsepe disclosing her status helps people realise that HIV is not a death sentence."

On telling her family, Motsepe said: ''When I was in hospital [last year] and my CD4 count was 99, my doctor said I needed to tell them. They were shocked but supportive.

"My brothers just said, 'It's okay, we love you.' And that's what everybody hopes for when they come out."

Motsepe was diagnosed at the age of 23 - a year into her role as Letti.

Isidingo was one of the first soaps to tackle the subject by creating an HIV-positive character, Nandipha, married to Letti's on-screen brother, Parsons.

''I used to look at the character of Nandipha and see and hear how she was as normal as possible. It helped me because at no point did the producers and writers ever want to portray HIV as a death sentence."

She said she wanted to encourage open dialogue, saying talking about HIV/Aids should be as ordinary as discussing the weather.

"The secrecy and silence is what's making people to be the way they are, to be living their lives as if they're planning for a funeral. I'm not. I'm planning for life."