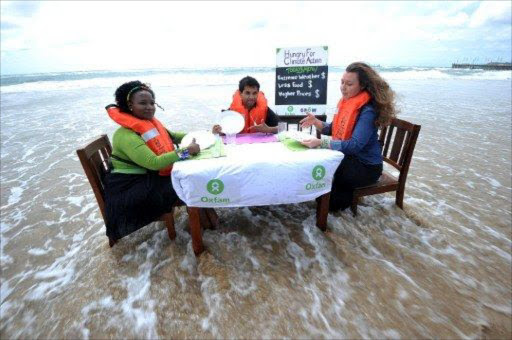 More than 100 mayors from cities around the world adopted the Durban Climate Change Adaptation Charter yesterday.

The three-day local government conference wrapped up proceedings yesterday with an impassioned plea for the COP17 negotiators to take the role of local government more seriously in the negotiations.

Cities are at the cutting edge of climate pressures, with rapidly expanding urban populations that are particularly vulnerable to extreme weather events and food shortages.

At the same time they are centres of economic, political and cultural innovation, and they manage vast public resources, infrastructure and investments.

This means that cites are well placed to address climate change through changing the way municipal services are provided, and through local regulation, leadership and innovation.

Historically, local governments have not had a voice in the climate change negotiations, but after almost two decades of global climate advocacy, last year's COP16 in Cancun recognised local and sub-national governments as "governmental stakeholders" in the global climate regime.

This mayors summit has given a much greater focus to adaptation issues and the local government charter has a progressive outlook, recognising the disproportionate impact that climate change has on women and the urban and rural poor, and the fact that failure to act decisively today passes an unfair burden on to future generations.

City mayors talked about efforts they are undertaking to improve communities' quality of life, especially the poor. They also focused on protecting and enhancing functioning ecosystems, which should be viewed as "core municipal green infrastructure".