Hoskins tops Bill for No2 in rugby 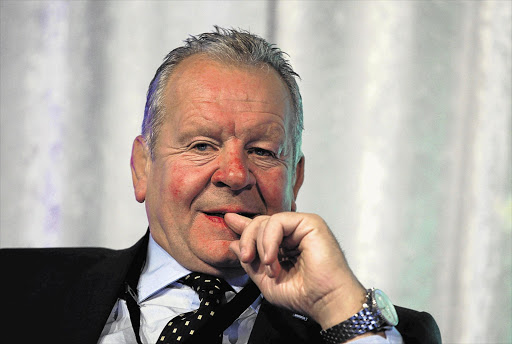 Oregan Hoskins is eyeing the vice-chairmanship of the IRB, which elects its new executive in two weeks' time Picture: GALLO IMAGES

South Africa's rugby boss defeated a rugby legend through a casting vote in the International Rugby Board elections on Monday night.

Oregan Hoskins, the president of the SA Rugby Union, was deadlocked in the voting for vice-chairman of the board with former England and British Lions captain Bill Beaumont. It took the casting vote from board chairman Bernard Lapasset to swing the vote South Africa's way 14-13.

Beaumont led the British & Irish Lions on their tour to South Africa in 1981.

Earlier, in a dramatic council meeting of the board, in Los Angeles, Lapasset beat Beaumont 14-12 for the chairmanship after a campaign marked by acrimony between the two men.

Beaumont believed Lapasset would stand down when the Frenchman's term ended this month, allowing the Englishman to take up the reins unopposed in January.

At a heated meeting in Auckland, New Zealand during the Rugby World Cup, Lapasset declared his intention to stand for a second term, a move Beaumont felt had dishonoured a private deal between himself and the Frenchman.

The meeting was described by some IRB delegates as the most vitriolic and unpleasant they had ever witnessed and led to the vote being postponed until Monday.

After the Auckland meeting, Hoskins declared that the SA Rugby Union would back Lapasset using its two votes, with the prize of vice-chairmanship in return if the incumbent won another term on the board.

In spite of Saru's public support of Lapasset, Beaumont travelled to South Africa in November to try and persuade the South Africans to cast their two votes for him.

It's unclear what he promised in return, but Hoskins sent Beaumont back to the airport knowing he had failed to win over the union.

Each of the 26 voting members of the IRB had to be in Los Angeles to vote personally, according to the board's constitution.

This meant that Hoskins and Saru chief executive Jurie Roux undertook a flight of 27 hours for the five-hour meeting.

They left the US west coast city yesterday on a round-trip that cost the IRB nearly R200000 for the two men.

Hoskins is now in a strong leadership position at the IRB and is in line to become chairman when Lapasset's second term ends in 2016.

Political squabbling in the IRB means that nothing is certain.

But Hoskins will now try to persuade the members that the 2023 World Cup should be awarded to South Africa.

"It is an honour to accept this mandate," Hoskins said.

"I am looking forward to working in partnership with Bernard and my colleagues on the [IRB] council to ensure that rugby is best placed to thrive as a sport at both the elite and community levels, as we continue to build a platform for sustainable growth in the decade ahead that will include two Rugby World Cups and an Olympic Games debut for sevens rugby."