Adoption on the decline 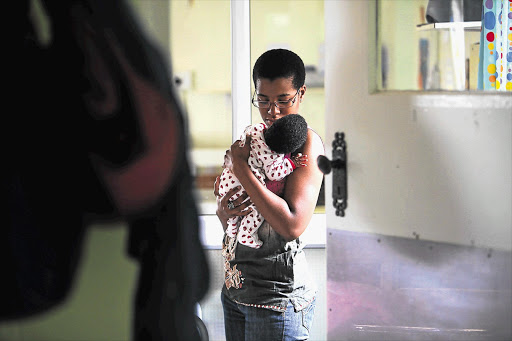 The number of people adopting children has declined by more than half despite the number of orphans increasing, according to a recent study.

The steady reduction was revealed in a study by the Human Sciences Research Council, commissioned by the Department of Social Development. It will be published in the Child and Family Social Work journal early next year.

There are currently more than 510000 children in the temporary care of foster parents, who receive a grant of R720 a month for each foster child.

But there is no government grant for parents who choose to adopt a child.

Tamsen Rochat, a co-investigator in the adoption study and senior clinical psychologist at the Africa Centre for Health and Population Studies, said research was now under way into the feasibility of an adoption subsidy.

She said that "an adoption grant would help" because "children thrive in families" and the foster-care system is an administrative burden because it is a temporary placement that has to be renewed every two years by the courts.

A child in foster care has no sense of permanency, she said.

Most foster parents "don't want to lose the grant by adopting the child".

She said that the foster-care grant was a "disincentive for adoption" and that many families that adopted children of relatives "don't see the need to go through the legal process to adopt".

Katinka Pieterse of Abba Adoptions, said that a "complex and long adoption process and widespread ignorance" were among the reasons for the rate of adoption being so low.

A social worker in Limpopo told the researchers : "I think most of them [parents] want babies because it is easier to handle ... for older children they look for a child who does not have behavioural problems, one that will adjust well ... but their favourites are babies."

But the National Adoption Coalition said that an intensive advertising campaign launched this year to promote adoption is showing promising results with an increase in the number of people making inquiries.

The coalition's change-management specialist, Dee Blackie, said: "Our call centre and e-mail helpline have fielded around 1000 direct queries relating to adoption since [the campaign's] launch in June ."

Blackie supported the idea of an adoption grant.

"If you reward a certain kind of behaviour, that is the kind of behaviour that will proliferate. When it comes to adoption, there is no financial incentive, and the process is difficult, costly and time-consuming."