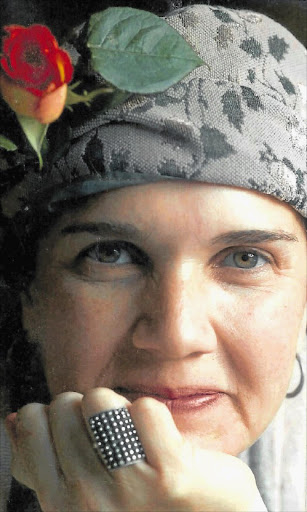 GISÈLE Wulfsohn, who died on December 27 at 54, was a freelance photographer specialising in portraiture, education, health and gender issues.

A quietly spoken, but strong individual who made friends instinctively, Wulfsohn voiced articulate, convincing and moving opinions with her lens.

She wasn't the kind of person to slap the table in political outrage. She reserved these energies for gestures that could really make a difference, in the darkroom and behind her camera.

Producing groundbreaking photographs dealing with the stigma of HIV/Aids, she was, from 1999, at the forefront of the Department of Health's Beyond Awareness campaign, in which she compiled a series of portraits of ordinary South Africans who had publicly disclosed their HIV status.

Mooted as the Living Openly project, it was created in collaboration with interviewer Susan Fox. Parts were exhibited at the 2000 Durban International Aids Conference.

Born on March 18 1957, Wulfsohn grew up in Rustenburg in North West. She went to Rustenburg Primary and Kingsmead College in Johannesburg, but matriculated at Selly Park Convent in Rustenburg.

Although she studied graphics at the then Johannesburg College of Art, her photojournalistic skills were self-taught. From 1979, she worked at The Star as a staff photographer. She moved to Style magazine in 1983 and, three years later, became chief photographer of Leadership magazine.

Over the years, Wulfsohn was unanimously well loved. She was the kind of friend who stayed in contact with people across geographies and over years, simply because people loved her. She touched lives with a sincerity that people never forgot.

In 1987, Wulfsohn went freelance and joined Afrapix, a photographic collective that focused on documenting social issues and the struggle against apartheid. It was one of the only community-based groupings in SA totally self-funded and not dependent on the international anti-apartheid community.

Relentlessly equipped with a tongue-in-cheek, almost ironic sense of humour, the young Wulfsohn gravitated towards politically articulate people in areas like Crown Mines and Yeoville, where people were investing their creative strengths in engaging in and reflecting the politics of the time.

In 1994, she was commissioned, with photographers Paul Weinberg, Henner Frankenfeld and Graeme Williams, by the Independent Electoral Commission to document SA's first democratic elections. The photographs were published as An End to Waiting.

In 1996, she collaborated with puppeteer Gary Friedman on a project documenting men incarcerated in Diepkloof Prison . In anticipating her visits, the prisoners wrote a song, Gisèle, My Darling , describing how much she meant to them.

In 2000, she was commissioned by Oxfam UK and Frances Lincoln Publishers to take photographs for Kathryn Cave's children's counting book, One Child, One Seed, set in rural KwaZulu-Natal. The book, released in 2003, was designed to widen horizons for readers between preschool and Grade 2.

In 2001, she was commissioned by Frances Lincoln and Oxfam to research, write and photograph Bongani's Day: From Dusk to Dawn in a South African City. It was part of an international series teaching young children the alphabet and featured a day in the life of Bongani Mofokeng, 7, in suburban Joburg.

Four years later, Wulfsohn was diagnosed with lung cancer. True to her gutsy spirit and ability to sensitively reflect on life, she articulately linked the challenges her illness brought her with her work with HIV/Aids sufferers.

She commented on a website: "Photographing HIV-positive children was very traumatic, particularly as I was the mother of two healthy children. I started at Kalafong Hospital in Atteridgeville. At first, I just put my cameras down and sobbed. But, despite the sad stories, there are so many brave people out there. So, when I, a non-smoker, was diagnosed with lung cancer in 2005, I was greatly inspired by those whom I had met on the HIV/Aids journey. I could choose to close up and not talk about it at all, or to go out there, talk about it and find out as much about it as I could. And I chose to do just that."

In 2006, the Malibongwe exhibition featuring Wulfsohn's powerful portraits of women anti-apartheid activists was mounted by Gail Behrmann and Emilia Potenza in collaboration with Wulfsohn.

A couple of weeks before she died, she was feeling well enough to "steal her own car" and drive to Rosebank, where she "hijacked" her mother's wheelchair in order to get herself out of the confines of a sick bed. Later she was able to view William Kentridge's work at the Goodman Gallery.

Wulfsohn is survived by her husband, Mark Turpin, twin sons of 16, Joseph and Samuel, her mother, Perla, two sisters, Diane and Susan, and a brother, Philip.