The good life is over for wanted assassin 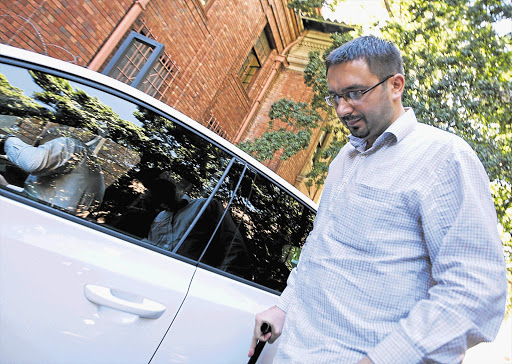 SERBIAN fugitive Dobrosav Gavric has lived a life of understated opulence in South Africa with his wife and two daughters while hiding from international authorities over the past four years.

The unmasking of the 37-year-old's true identity this week - as a wanted assassin who lived under a fake identity - forced his family to flee their luxury apartment overlooking a yacht basin flanking the five-star Cape Grace Hotel at the V&A Waterfront.

Daniella Lasic has gone into hiding with the couple's daughters, fearing for their safety.

Gavric, who lived under the alias Sasa Kovacevic, was wounded in a drive-by shooting that claimed the life of underworld figure Cyril Beeka in March.

That shooting has now provided a rare glimpse into a murky underworld of crime, assassination, secret police and international politics leading all the way to former Serbian president Slobodan Milosevic.

Gavric handed himself over to the Hawks on Tuesday. He appeared in the Cape Town Magistrate's Court for a bail hearing on Wednesday dressed in a casual beige shirt and leaning heavily on a wooden cane.

An oval scar bulged on his right forearm.

He left Serbia after he was convicted of the January 2000 assassination of notorious warlord Zeljko "Arkan" Raznatovic and two other people.

"Arkan the Tiger", a former bodyguard of Milosevic, had been linked to various crimes, including ethnic cleansing, in Bosnia.

Gavric claims he was unfairly tried and wrongfully convicted, and is preparing to fight his extradition, citing a medical condition, as well as fears that he will be the victim of a revenge killing.

His wife and children visited him in the Sea Point police station this week.

Speaking on Gavric's behalf, attorney Juan Smuts said: "Daniella has moved out of their apartment at the V&A Waterfront. The family is located somewhere ... but they don't want to reveal where. The address is known only to police."

This week the Sunday Times established that:

Simon Zar, general manager off the upmarket Marina Residential Estate, confirmed that Gavric and his family had stayed there, but declined to elaborate.

Said Smuts: "It's been tough for him. As a businessman in South Africa, he's had to keep a low profile, as he fears for his life."

Gavric will apply for refugee status in South Africa, pending an extradition order to Serbia, which he will oppose.

Smuts said his client was cooperating with local police. "The South African police have been aware of his situation for months. He has had ample opportunity to flee, but he has cooperated in every possible way," he said.