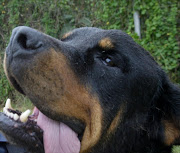 Two-year-old Meeka Riley Lackay survived an attack by a Rottweiler on Cape Town's most glamorous beaches on Wednesday, but she will need counselling to deal with the trauma.

Meeka was released from the Cape Town MediClinic yesterday after a three-hour operation by plastic and reconstructive surgeon Dr Nick Kairinos.

Meeka had gone to Clifton's First Beach with her aunt when the unleashed dog attacked her . According to reports, she was dragged along the sand by the Rottweiler.

Kairinos said she sustained 12 deep lacerations to her right leg.

"One of the lacerations was so deep that it actually went down to a very important nerve in the leg. Without that nerve you will have difficulty walking," Kairinos said.

"The dog's tooth stopped about a millimetre from the nerve. She's very, very lucky."

The dog's owner has been fined R1500 for walking the dog illegally. The animal has been impounded.

Dogs are allowed on the beach only at certain times of the day, but they have to be on a leash.

"Residents are reminded to obey the signage on beaches at all times. Dogs should only be walked in demarcated areas during the specified times. In this way, the city tries to balance the interests of all residents," said Cape Town city councillor Tandeka Gqada.

She said the city's law enforcement officers would help the girl's aunt to lay a criminal charge against the dog's owner.