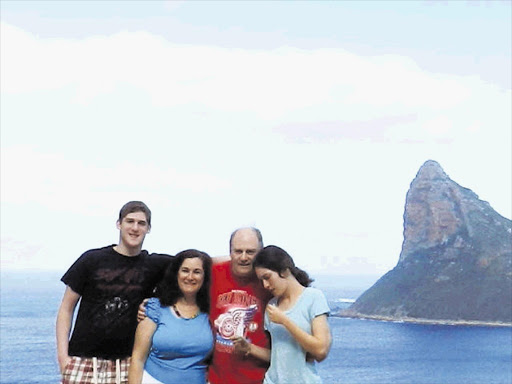 POLICE in the US have paid R15-million to a South African expatriate who was jailed over false claims and faked statements that he raped his mentally disabled daughter.

Americans reacted with disbelief and outrage this week after an ABC TV documentary detailed a conspiracy between prosecutors, social workers and school authorities to destroy Julian Wendrow's family.

Wendrow, 56, is a teacher and paint-store owner. He was arrested at his home in Michigan days before a planned family holiday to Johannesburg in December 2007. He was jailed for 80 days, 70 of them in a 2x2m solitary confinement cell, and threatened with life imprisonment while county officials publicly described him as a rapist and a paedophile.

His wife, Tali, was also taken to jail, fitted with an electronic tether and placed under house arrest for alleged complicity in the "rapes". As a result she lost her job as a research attorney.

Their severely autistic and mute daughter, Aislinn, then 14, was put in foster care and their 13-year-old son, Ian, who also has a mild form of autism, was placed in juvenile detention.

Horrified US TV viewers watched a police interrogation video in which detectives mocked Ian and pretended to have video of his father molesting his sister.

The whole drama, according to court papers, was triggered when a school teacher's assistant pressed Aislinn's fingers on a computer keyboard to spell out a made-up rape accusation.

A physical exam ultimately found no evidence of abuse.

On Friday Wendrow told the Sunday Times he was horrified to learn of his son's "brutal interrogation".

Of his time in jail, he said: "At night, as I lay in my cell, I would weep ... I had no knowledge about where my kids were, who was comforting them."

He said as the case unfolded "it became patently clear that all of the nefarious agents of law enforcement arraigned against us were hell bent on demolishing us for their personal and political aggrandisement".

Now, after being awarded a R15-million settlement from Michigan police, an angry Wendrow is suing some 20 other defendants for damages.

Wendrow told ABC: "What I would really like is for the system to be fixed. Somebody can say something, can misconstrue, make an allegation ... and before you can blink, you are in a cauldron of chaos."

The drama began when Aislinn allegedly typed a message at school: "My dad gets me up, banges (sic) me and then we have breakfast. He puts his hands on my private parts."

She allegedly wrote other claims about being raped and living in a house full of weapons and pornography. Her claims were made with a technique called "facilitated communication" (FC) - in which a trained person guides a severely autistic person's hand over a keyboard, like a Ouija board.

It is dismissed by the American Psychology Association as "not valid". Aislinn's facilitator had just two hours of training in the technique.

Aislinn had the developmental age of a two-year-old and could not understand questions. Wendrow's attorney, Deb Gordon, said every word in the girl's statements was invented by her school-assigned facilitator, Cynthia Scarsella, or her teacher.

The case against Wendrow collapsed when a judge told Scarsella to leave the room and asked Aislinn: "What is the colour of your sweater?" Not knowing the question after returning, Scarsella could only help Aislinn type: "JIBHJIH". Asked if she had a brother or sister, she typed "3FE65".

Gordon said: "No matter how ridiculous the claims in this case, the law enforcement system just took it literally."

No weapons or pornography were found in the house.

A judge described the prosecution of the Wendrows as "a runaway train".

Gordon said an ambitious prosecutor "geared for a high-profile sexual abuse case" and "irresponsible" school authorities contributed to the "horrific persecution" of the family. "Lives were torn apart because everyone wanted to believe she had made these sensational, ridiculous claims; no one was interested in the truth," she said. "She does not know what the letter A means; she doesn't recognise her own name. It would have been so easy to determine the claims were false."

An autism expert, Dr Howard Shane from Harvard University, told the Sunday Times he did not believe Scarsella had deliberately framed Wendrow.

Instead, he said a phenomenon called "saviour effect" had commonly caused even experienced facilitators using the technique to make up stories about disabled patients.

"Nothing about this technique is real; it's manipulation and brainwashing," Shane said.

In a sworn affidavit, Scarsella denied fabricating Aislinn's words. The Oakland county prosecutor's office accused Wendrow of "hypocrisy" because he wanted his daughter to use the technique.

Gordon admitted that Wendrow had insisted that Aislinn's school use the FC method. But she accused the school of "humouring" the family by allowing a "clearly bogus and dangerous technique".

Worse, she said, the family were shown poetry and algebra which the school said their daughter had "produced".