Flood victims help each other 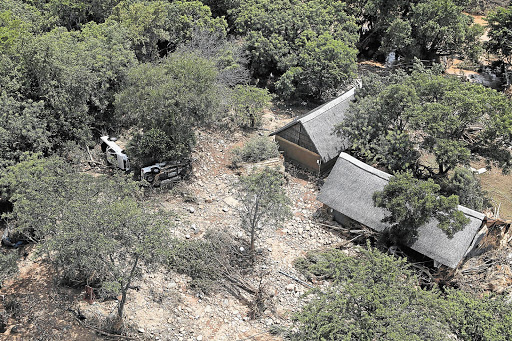 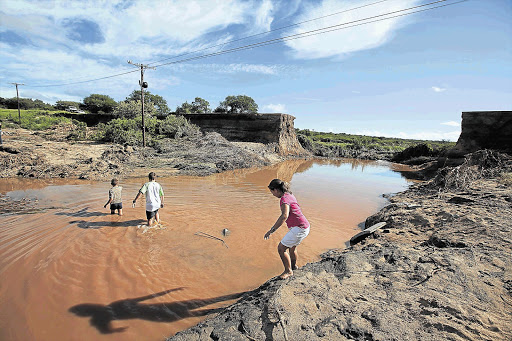 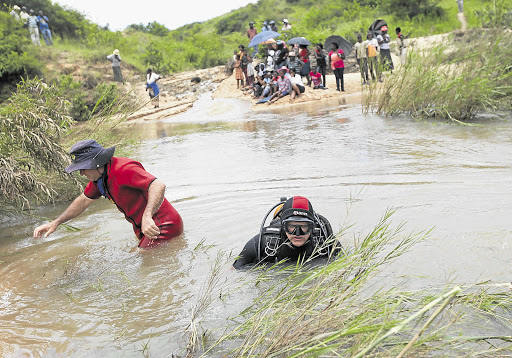 A HUGE mop-up operation in Mpumalanga and Limpopo was under way yesterday as bewildered residents counted the cost of this week's floods.

In the Limpopo town of Hoedspruit - which has been hardest hit - hundreds of families were left destitute after the floods caused damage to homes, farms and luxury game lodges which was estimated to run into tens of millions of rands.

The extent of the devastation was evident yesterday when a Sunday Times team flew over the area.

One of the biggest casualties was the popular Blyde River Adventure Camp, which was destroyed.

Trees were uprooted and cars were swept away like toys.

In Mpumalanga, the village of Tonga, about 50km from the Kruger Park's Malelane gate, was the worst affected, with 49 homes being destroyed.

Yesterday Duwayne Sch-wartz, 26, and his fiancée, Liezl Potgieter, 28, stayed at the local air force base after their farmhouse was destroyed.

The couple lived on a citrus farm with their three dogs and were among the first to be rescued from the rooftop of their home by an air force helicopter on Wednesday.

Potgieter said their house had been submerged in water about two metres deep.

They then moved their vehicles to higher ground and headed to the roof with their dogs.

Said Schwartz: "I've never seen so much water in my life ... I tried to swim out three times to find people but the current was too strong. And then we saw that the lounge suite had been swept away by the water."

Terrified, they stood on the roof of their crumbling house, waiting for help to come.

The chairman of Farm Watch in Hoedspruit, Mike Scott, said the area, known for mango and citrus farming, was completely flooded and the orchards were under water.

Scott, who is also a farmer, said: "It was amazing how the whole community rallied together to help each other."

He said neighbouring game lodges and reserves had suffered a great deal of infrastructure damage.

"We measured that 600mm of rain fell in 48 hours. A large portion of the main road to Hoedspruit washed away when a nearby dam broke," he said.

Jack Clarke, a member of the Raptor's View homeowners' association, said at least one house at the wildlife estate would have to be partially demolished and rebuilt.

He added that there were disruptions to the electricity and water supply.

She said she had a list of at least 79 of them who had lost all their possessions. "There are just scenes of utter devastation," she said.

Yesterday, farmers gathered to make a temporary road to ensure the safe passage of farm labourers and school children.

Stall owners in the area also tried to salvage what was left to rebuild.

Mpumalanga police spokes-man, Lieutenant-Colonel Leo-nard Hlathi, said water-purifying sachets were being distributed to the community to prevent the spread of waterborne diseases such as cholera.

Simphiwe Kunene, spokes-man for Mpumalanga's Cooperative Governance and Traditional Affairs, said it was too early to estimate the cost of the damage.

"The technical teams are still conducting an assessment. The stopping of the rain has enabled us to continue delivering relief aid, especially to those communities we could not access due to the rain," said Kunene.