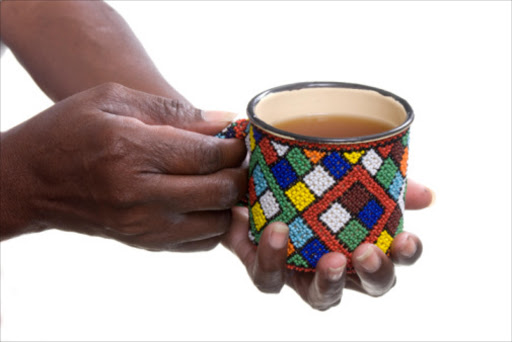 Most former Model C primary schools in which English is the medium of instruction are scrapping African languages, thus forcing pupils to study Afrikaans as their official second language.

It comes as this year's batch of grades 1 to 3 will be taught a new curriculum that requires them to do only one extra language. In the past, pupils could study two extra languages and most schools in Gauteng, Eastern Cape, KwaZulu-Natal and Western Cape had offered either Zulu or Xhosa in addition to Afrikaans.

But the Sunday Times discovered this week that most of the former Model C primary schools had formally opted to offer Afrikaans as a first additional language in their Grade 1 to 3 classes because they have teachers who can teach the language.

Schools that now offer Afrikaans include:

Blouberg Ridge Primary in the Western Cape has also switched to Afrikaans and had to retrench its Xhosa teacher in the process. The subject, which had been taught in grades 2 to 7 as a second additional language, was dropped from the curriculum at the end of last year.

Academics have described the sidelining of African languages in primary schools as "tragic".

After English, Afrikaans still appears to be the most dominant language in the school curriculum.

Last year, 68455 matrics countrywide wrote Afrikaans as their first additional language, whereas only 10943 wrote Zulu and a mere 1547 wrote Xhosa.

At Parkview Junior School in Johannesburg, parents were sharply divided over whether their children should be taught Zulu or Afrikaans as a first additional language.

A vote, which was held by secret ballot at the end of last year, showed that parents' opinions were evenly split between the two languages.

Parent Emilia Potenza, who had a child in Grade 3 at the school last year, said the issue became "very heated" .

"It created a lot of debate. There's this notion that Zulu is difficult and not well developed in terms of teaching methodology, and that there's not a good body of textbooks and literature," she said.

The principal of Parkview Junior, Felicity Peter, said the school wanted to promote multi-lingualism. "At the moment we are continuing with what we did last year, which was to split the time between both languages."

She said this arrangement was expected to continue for the first school term.

Denis Stephen, principal of Blouberg Ridge Primary in the Western Cape, said the new curriculum did not make any time provision for the teaching of a second additional language.

Anton Wepener, principal of Athlone Primary in Pietermaritzburg, said the teaching of Zulu would continue among pupils in the higher grades, although none of those in grades 1 to 3 would be taught it.

Cuan Dugmore, who teaches Xhosa as a second additional language at Westerford High School in Cape Town, said it was "sad" that a number of schools had phased out Xhosa from their curriculums.

Professor Russell Kaschula, head of the school of languages at Rhodes University, Grahams-town, said there was a lack of informed decisions made by governing bodies, parents and teachers who did not have "linguistic awareness".

Kaschula said many former Model C school pupils whose mother tongue was Xhosa struggled with the language as a subject at university because they had not been taught properly at school.

"It's almost as if they are illiterate in their own mother tongue," he said. "We have to teach them the Xhosa orthography, how to write - everything that should have been done in the schooling system. It is now quite noticeable that the schooling system has completely failed these students."

Dr Linda Kwatsha, acting head of the department of languages and literature at Nelson Mandela Metropolitan University, Port Elizabeth, said it was "very unfair" that African pupils were being deprived the opportunity to study an African language.

"In order to grasp any other language, you need to start with your own language," she said.

Professor Sihawu Ngubane, chairman of the Pan South African Language Board and a lecturer in Zulu at the University of KwaZulu-Natal, said sidelining Zulu and Xhosa "undermined" the previously marginalised languages.

Ngubane said provision should be made for a language ombudsman to investigate "language violations".