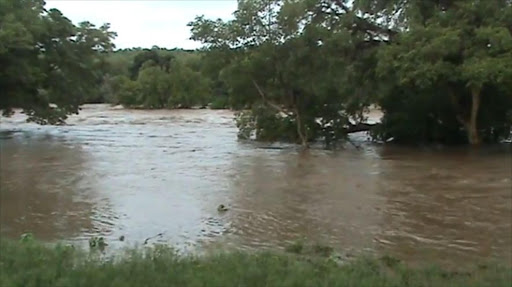 Six people were killed in the floods that ravaged parts of Mpumalanga last week, the provincial co-operative governance department says.

It was initially reported that two people were killed after a provincial joint operation committee was established on January 18 to compile a comprehensive assessment report on the natural disaster.

But that number had since increased to six, spokesman Simphiwe Kunene in a statement.

The floods were a result of heavy rains that affected river flows and dam levels leading to the closure of low lying bridges and roads and localised flooding.

Kunene said water levels in the province's rivers and dams had since decreased. However, communities were still warned that these remained extremely dangerous and that they should avoid crossing them.

"Relief aid in the form of food parcels, blankets, and tents have been delivered to all affected households within the Ehlanzeni District. Water tankers are supplying water to areas where water supply is interrupted.

"To improve drinking water safety residents have also been supplied with chloro floc sachets to purify the water. Residents are informed that this water is for free and they must not be made to pay for it," Kunene warned.

The assessment report indicated that a total of 118 schools were inaccessible while 111 of them were damaged as result of heavy rains and floods.

Kunene said various government departments would be assessing the impact of the floods to assist victims.

"The department of public works, roads, and transport and the affected municipalities have began clearing the access roads to the schools to make them accessible.

Meanwhile, a total of 112 sites have been affected by infrastructure damage to bridges, culverts, patching, slip failure, erosion, and regraveling.

The department of public works had started repairing these, Kunene said.

The department of human settlement was also on board conducting an assessment of damaged houses to determine what assistance could be provided to the affected households through the Emergency Disaster Housing fund.

Kunene said the department of health was also monitoring the situation for any outbreaks of waterborne diseases in all municipalities. Clinics that were affected by waterlogging at entrances were now accessible after being cleared.

"All municipalities through their joint operation committees have developed intervention plans to further address all challenges created by heavy rains and floods," Kunene said.

The SA Weather Service has issued a warning of more heavy rains from Wednesday.

"The provincial and local joint operation committees are also on high alert for the expected heavy rains. Parents are urged to warn children not to play next to streams and rivers.

"A special caution is issued to all learners who cross bridges and rivers on their way to school because water levels are still high in most areas," Kunene said.

In the event of possible flooding communities can contact the department's disaster management on toll free number 080-020-2507.