The announcement of Pinky Mosiane's death on Monday last week was brief - a female miner had been killed underground at Anglo Platinum's Khomanani mine, in Rustenburg. 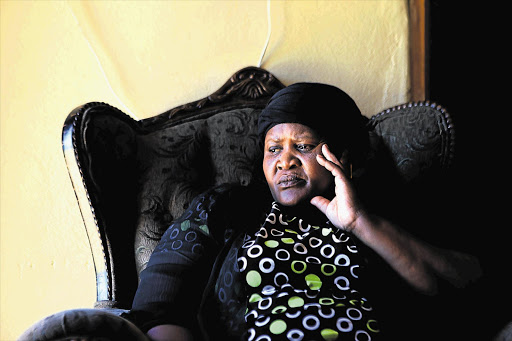 Mary Mosiane speaks about the brutal killing of her daughter, Pinky, who was found bleeding from the nose and ears in the Anglo Platinum mine in Rustenburg at which she worked Pictures: LAUREN MULLIGAN 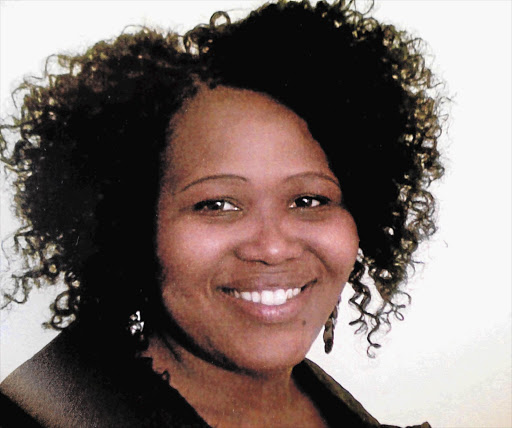 Mary Mosiane speaks about the brutal killing of her daughter, Pinky, who was found bleeding from the nose and ears in the Anglo Platinum mine in Rustenburg at which she worked Pictures: LAUREN MULLIGAN

A news report said: "A blood-stained stone and a lunch box were found next to her body."

But back in Tshing, a township on the outskirts of Ventersdorp, in North West, Mosiane's family has been left with broken dreams and many unanswered questions.

Her mother, Mary, points to her seven-year-old grandson, Didintle, who no longer has parents.

"His father died a year ago. It pains me that he is worried that he doesn't have a father or a mother. Last night, he asked me if he doesn't have both parents. I said 'Yes, but God will help us'."

Mary believes that her daughter's death was the result of an attempted rape. She said the family believes someone was trying to rape Pinky as her colleagues found her with her trousers pulled down to her knees.

"I'm sure they were trying to rape her. They probably hit her with a blunt object on the back of her head. I'm told that she was bleeding through her nose and ears. When they found her, she was still alive. They alerted the mine's safety officials but when they got there she had already died."

She said it would have been easier for Mosiane's family to accept had Pinky died in the streets.

"To die at work is something else; it's difficult to accept," said Mary, adding that she was worried that Pinky had got a job in the mines where she would be working with men underground.

"But she assured me that everything was fine."

On the day before she died, Pinky had spoken to her mother about conducting a traditional ceremony to thank the ancestors for her job.

"We were planning to do that at the end of this month but now her life has been extinguished."

Pinky had also promised her mother that she - with the new underground job she started last year - would build a proper family home, with electricity, running water and indoor toilets.

Mary recalls: "She started working there in November and I was happy because I am a single mother. She helped me a lot and she was like the father of this family."

Mary, who lives in a two-roomed house that has been extended with corrugated iron sheeting, said Pinky surprised her during the Christmas holidays when she promised her a house.

"Her plan was to build a house. She wanted to build me a house by the end of this year. She had already started saving R3000 a month through a stop order. I was looking forward to that house, but God had other plans."

She is, however, hopeful that she will get her house one day because, she said, Anglo American had promised to employ Pinky's 25-year-old brother, Teboho.

Pinky was a go-getter who refused to be discouraged by unemployment, said Mary, adding that, instead of sitting at home like most young people, she worked at a supermarket in the Ventersdorp CBD.

Mary, who was still recovering from the death of her sister, Thoko, who died in October, was so devastated by Pinky's death that she was admitted to the Paul Kruger Hospital, in Rustenburg.

"This pain adds to that pain. My sister worked in town and she also helped me here in the house.

"Now I have to be the father and mother of this house. It's hard."

Chamber of Mines spokesman Jabu Maphalala said: "Safety in the mines is an issue, but the chamber [deals] with safety issues such as rock falls, dust and noise and [does] not deal with gender-specific safety issues."

It had no figures on the number of women miners in South Africa . It had not heard of Pinky's murder.

"We don't know of any rape issues in the mines. I can't say it is not an issue, though. But I haven't heard of it before," said Maphalala.

According to a media report, of the 3815 workers at the AngloPlat mine, 262 are women.

There have been no arrests and the police are waiting for DNA results from samples taken from the body.

The specimens has been sent to a laboratory and results are expected in three weeks, according to provincial police communications head Brigadier Thulani Ngubane.

There were 13 men underground with Pinky and they are all suspects. - Additional reporting by Katharine Child