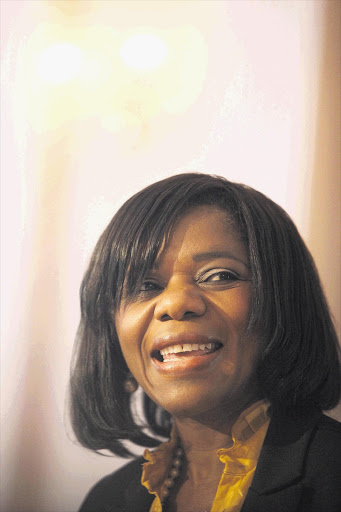 Canada and the United Nations - as well as public protector Thuli Madonsela and the National Conventional Arms Control Committee - are set to probe South Africa's role in busting sanctions against Iran.

This follows a Sunday Times exposé last week that revealed how SA front companies are used to ship US helicopters and spare parts to Iran.

The report also exposed how Deputy President Kgalema Motlanthe's partner, Gugu Mtshali, was implicated in an attempt to solicit a bribe to get government support for a proposed R2-billion sanctions-busting deal with Iran.

The Sunday Times understands Madonsela will tomorrow announce a formal probe focusing on whether Mtshali was involved in a bid to sell government support.

Aviation experts say some spare parts shipped to Iran can be used for military purposes, which violates UN sanctions.

Barry Oberholzer, managing director of 360 Aviation, who gave the FBI documentation in return for immunity from prosecution, says these are just some of the deals taking place under the noses of the authorities.

Oberholzer controversially went public last week on the sanctions-busting scheme he was involved in, as well as detailing the attempt to solicit a bribe from his company.

One report given to US intelligence in February 2011 says Iran's modus operandi is to "locate and create front companies in countries that are Iran-friendly, such as South Africa, and to use these countries for procurement and trans-shipment".

This week, the UN said it would "look into such reports", while the Sunday Times understands Canada's Border Services Agency is also investigating the South African deals.

On Monday, Motlanthe asked Madonsela to investigate the allegations against Mtshali.

"The deputy president and Mtshali will make themselves available to provide any information," he said in a statement.

A recording of a meeting attended by Mtshali in February last year showed that former De Beers executive Raisaka Masebelanga asked for R10-million and shares worth R94-million to get a "letter of support" from the government to help 360 Aviation get business in Iran.

"There is nothing for mahala," he told the meeting.

Though the deal fell through and the bribe wasn't paid, the written R10-million "agreement" was signed by Masebelanga and former Land Bank executive Herman Moeketsi.

Moeketsi then obtained a letter from the Department of Trade and Industry supporting "the initiatives by 360 Aviation".

Last week, Mtshali said she never attended a "formal meeting" with 360 Aviation, but would not comment on the recording. She said she was "firmly of the view" that she had done nothing wrong.

But Oberholzer reiterated this week that Mtshali did attend the meeting. "I was there, and she was introduced to me as the deputy president's girlfriend," he said.

Oberholzer said he would "welcome any investigation by the arms control committee and the public protector" and would cooperate fully.

He said he went public because he had worked "as an operative for the Americans, providing them with information on how this worked" for a year, but now wanted to leave that life behind.

"I felt it would be safer for me and my family to reveal publicly what I know at this stage, even if it makes people uncomfortable," he said.

Gemini Moon - secretly owned by Iranian company Heli Kish through proxy shareholders in Canada and the United Arab Emirates - deregistered the helicopter and shipped it to Iran.

Milton Smith, a director of Gemini Moon, denied any wrongdoing and said he would also cooperate with investigators. "I've got nothing to hide."

The US embassy said it "does not comment on specific law-enforcement or security matters", but stressed UN resolutions on Iran were "binding on all member states".