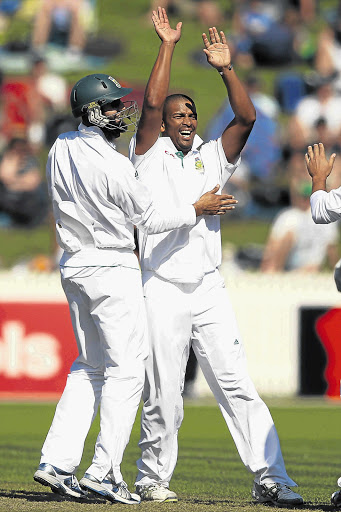 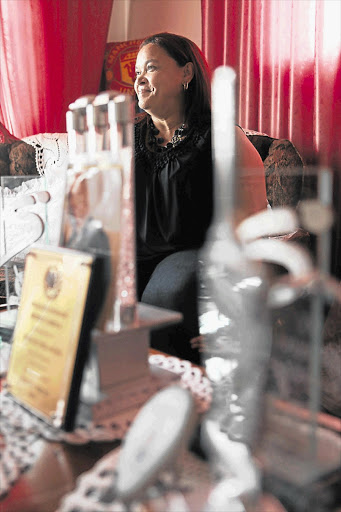 BOWLING sensation Vernon Philander has gone from honing his craft using a bat fashioned from a tomato-crate plank to ripping through some of the world's top teams like a knife through butter.

Philander grew up in a biscuit-coloured house with a golf-ball postbox in 7de Laan, in the Cape Flats suburb of Ravensmead.

And, while a neighbour described him as "gentle" this week, New Zealand cricket fans may disagree.

The 26-year-old was applauded by media around the world after ripping through the Kiwis at Seddon Park in Hamilton. He burst onto the test scene against Australia last November with a man-of-the-match performance in which he took 8/78, including a second-innings haul of 5/15.

Since then, Philander's face has appeared on glossy magazine covers and sports pages around the globe. He has bought himself a Golf GTI and lavished gifts, including handbags, on his mother, Bonny.

Support was evident at the player's home this week, where tables are adorned with trophies and gold-framed photographs chronicling his success.

She pointed out a framed picture showing Philander's face superimposed on the head of fictional spy James Bond.

"We got that at a Cape Cobras function about two years ago."

Philander still lives at home with his mother, his grandparents, Lea and Mitchell, and his younger brothers, Tyron, 23, Brandon, 21, and Darryl, 16.

This is an unpretentious neighbourhood - CJ's Tuck Shop and Take-Aways is next door, and just down the road is the Oumagrootjie Butchery.

"When he was a little boy of about two, he played here in the street with a bat made from a tomato crate. Today, he has many very expensive bats in his room," said his mother.

Said his brother Darryl: "I must say, my popularity has escalated, especially among the girls at school."

Philander has a girlfriend of six years who is studying to be a chartered accountant and who has so far evaded the media spotlight.