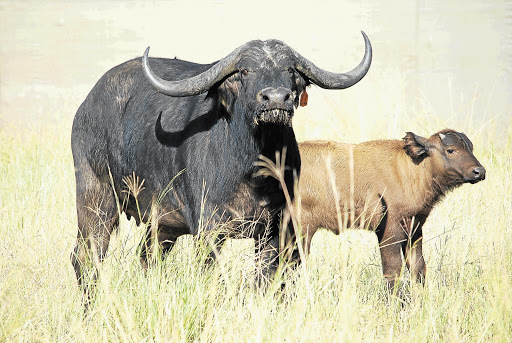 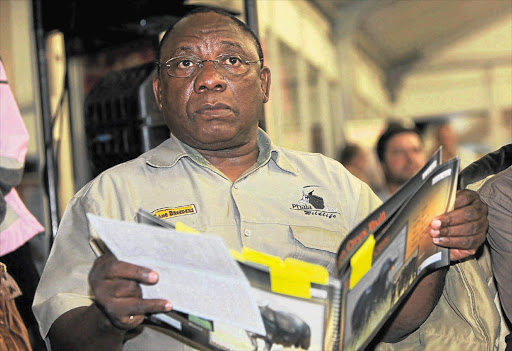 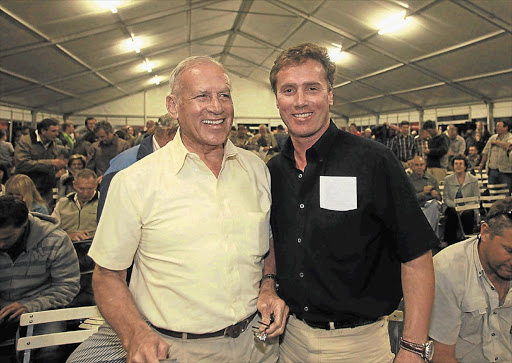 BUSINESS mogul Cyril Ramaphosa lost out on a prized buffalo, which fetched a record R20-million at an auction on Friday night, to a Free State businessman.

Ramaphosa was only prepared to bid R19-million in a tightly contested three-way bid for the rare buffalo cow which has a horn spread length of about 109cm.

The 12-year-old animal was put on auction in Rustenburg together with its four-month-old heifer calf. Free State businessman and owner of game farm, Unyati Game Reserve, Jaco Troskie, outbid Ramaphosa for the cow which game experts described as being of rare genetic stock.

Ramaphosa, who owns a game farm near Bela-Bela in Limpopo, spent over R15-million on other game at the auction, including R12.5-million on two pregnant buffalo cows, before he lost out to Troskie.

Asked if he was disappointed about losing the bid, he said: "I'm not disappointed, I got what I wanted at a good price and that's great."

Ramaphosa described what he bought at the auction as "a very big investment".

Troskie, who was accompanied by his father, business mogul Boet Troskie, spent R45-million in the three-hour long auction. "I think everybody in this industry needs to get something now and again. We wanted to get the top cows and we probably got 80% of the top cows in the country. We are happy," he said.

Johann Vosser, managing director of Vleissentraal Bosveld, which organised the auction, said Friday's sale was the biggest of its kind in the world. Game at the auction fetched a staggering R146-million in total, eclipsing last year's turnover of R98-million at an auction in Thabazimbi, Limpopo.

Describing the R20-million buffalo cow, Vosser said: "There's no other known cow [in the world] on any farm or in any breeding project with that horn spread."

He said the auction was "exceptional" as almost all previous record prices had been broken. The auction attracted game farm owners from across the country and as far afield as Namibia. Bela-Bela game farmer, Anton de Swardt, said the high prices fetched indicated the demand for top breeds. "Unlike other industries, in the game industry the price is determined by the demand, there's no manipulation," De Swardt said.