The return of the remains of Khoisan couple Klaas and Trooi Pienaar to South Africa is a milestone for the country, Arts and Culture Minister Paul Mashatile said on Friday. 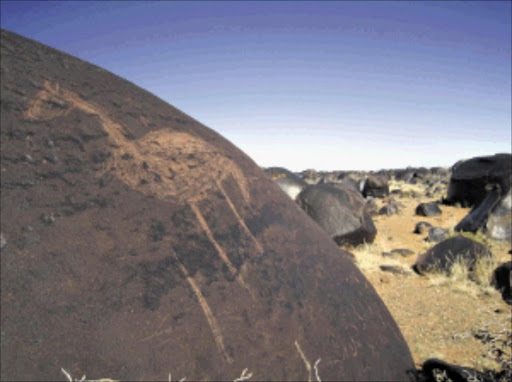 A Khoisan engraving on dolerite rock in the Northern Cape. File photo.

A Khoisan engraving on dolerite rock in the Northern Cape. File photo.

"This is strength over oppression. We see the removal of our people, taken to far-away lands for research purposes as part of colonial oppression -- it is part of how our people were disrespected," Mashatile said.

"The Pienaars are truly getting their freedom today... They are free, they will now rest in peace among their people... We are very proud today because we are restoring that dignity... that disrespect that took place many years ago."

Mashatile was speaking at a press conference at the OR Tambo International Airport after the remains of the couple arrived from Austria.

In 1909, their bodies were exhumed by Austrian anthropologist Rudolf Poch, who claimed to be doing research on dwarfism.

The South African government has been negotiating for over four years to have the couple's remains returned, together with other artefacts taken by Poch.

A delegation led by Deputy Arts and Culture Minister Joe Phaahla left for Austria on April 16, and returned on Friday morning.

"We are pleased that we can report that we have accomplished the mission for which we left," Phaahla said.

"We had very good co-operation from various role-players in Vienna, Austria... We are trying to repair and restore the dignity of our people. We have started a process of righting some of the wrongs of the past."

Phaahla said there were more South African remains in Austria and it was agreed that follow-ups would be undertaken to make sure and agree on how these would be returned.

In accordance with custom, some community representatives received the remains from the plane after arrival and took them to a waiting hearse.

The Pienaar family and relatives said they felt privileged to be part of this and that it should happen to their family.

"We have a big appreciation for the SA government for what they did to return the remains," Francis Pienaar said.

"It is important for us that people realise that the Khoi and Bushmen do exist.... When they landed it was an emotional story, but just the fact that the remains are back, we are overjoyed."

Mashatile said that as part of Freedom Month in May, the Pienaar couple would receive a proper burial in the Northern Cape.