How history haunts us

'AFTER 18 years of democracy you can't still be blaming apartheid," we are often told. Perhaps we do sometimes too easily blame apartheid for our persisting social challenges. Perhaps we don't always acknowledge the shortcomings of our own post-1994 efforts. 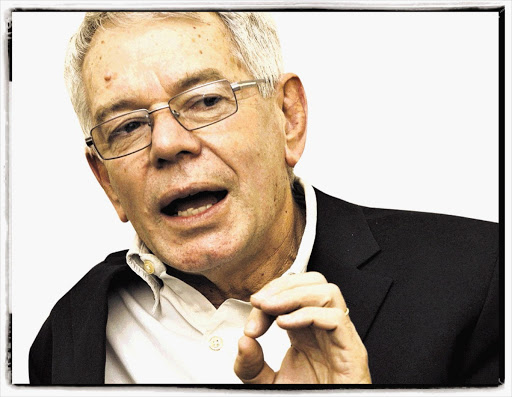 But in many fundamental ways the South African debate has been trapped in an unhelpful tit-for-tat polemical exchange on something crucial to shaping how we respond to our challenges. The flippant dismissal of the weight of the past on our collective present is just as unhelpful as its opposite, a simplistic evocation of that past as an alibi for our own weaknesses. Both have tended to produce shallow explanations for the deep-seated challenges we confront.

In the first place, there is a problem with both key words - "blaming" and "apartheid". Surely the point is not to blame (or exonerate) the past, but to analyse its continuing impact on the present. What about "apartheid"? We readily characterise the past 18 years as "post-apartheid". But that often obscures more than it reveals. Apartheid was a mid-20th century political project of the National Party, but it was not disconnected from a much longer global and local history. Treating apartheid as a stand-alone evil disconnects it, in the first place, from 500 years of colonial conquest, and from persisting patterns of global inequity and neo-colonial domination. In our post-1994 euphoria, we too often imagined we were the naughty prodigal finally "returning" home to a mythical happy family of nations.

Of course, South Africa's history also has its own specific features - not least that we have seemed to combine, and continue to reproduce, in one society, both a "first" and a "third" world, cheek by jowl. It is a duality that is precisely linked to our own particular colonial history.

In the 1960s and '70s it was fashionable in many (largely white, English-speaking) liberal circles to forget their own past and blame apartheid on the backward, "frontier" mentality of the Afrikaner. This was a convenient way of exonerating British colonialism, the Chamber of Mines and its related banking oligopolies, and the complicity of much anti-majoritarian liberalism for all that had preceded apartheid. Yet, the key cornerstones of the invidious apartheid system were laid long before 1948 - land dispossession; native reserves; indirect rule through compliant, hand-picked "traditional" leaders; pass laws; the migrant labour system; a racialised labour market; and urban segregation. Apartheid was a more aggressive application of these measures in the face of the deepening crises of the earlier segregationist policies.

If we are to analyse our past, the better to understand and transform our present, then we might begin with a simple question. Why was our colonial history different from, say, West Africa's? A large part of an answer is that our temperate climate encouraged European settlement on a scale not viable in, say, Equatorial Guinea. Which then begs the next question: why is South Africa's present not more like other temperate zones of extensive European colonial settlement, say Australia? An important part of an answer lies in the relative resilience of our indigenous, pre-capitalist agricultural societies in the face of military aggression and colonial dispossession (compared with the genocidal near-extinction suffered by more scattered hunter-gatherer societies in both South Africa and Australia). Here indigenous African communities survived as an overwhelming majority into the 20th century, with languages and cultures battered but intact. This awkward dilemma for colonial circles became known delicately as "the native question".

It was in this specific reality that the decisive process that was to shape modern South Africa occurred. It was the introduction, from the outside, of an advanced, capital-intensive, mining-based, industrial revolution in the last quarter of the 19th century. I don't believe we have given remotely enough weight to understanding the impact on the present of this reality. For several decades, the South African hinterland became an early equivalent of today's Shenzhen, a magnet for foreign direct investment in the previous major phase of capitalist globalisation. The geological, geographic and administrative challenges for extracting South Africa's mineral riches required high levels of capital intensity, a skilled artisanal base, extensive logistic connections to distant colonial ports, and an Anglo-Boer War. The industrial revolution in South Africa did not emerge organically out of local small-scale, artisanal manufacturing. It arrived out-of-the-box in a highly developed, oligopolistic form as massive joint-stock companies focused on extraction of mineral wealth for external benefit, linked into finance capital and supported by the world's largest military force of the day.

It is impossible to understand our present and its challenges without understanding this history. What once propelled spectacular growth has shaped and distorted South Africa's economy and our broader social, political and spatial realities ever since. South Africa's economy is still excessively dependent on the export of unbeneficiated minerals. Our manufacturing sector, with exceptions, is weakly developed, as is the small and medium enterprise sector. The dominance of the mineral-energy-finance complex is hard-wired into our society.

Take a relatively small but telling example of how inherited distortions came to be "normalised". Thanks to work by the National Ports Regulator, we have only recently discovered significant anomalies in our port levies regime. Port charges at our Saldanha iron ore export terminal are 47% below the global average for similar terminals. Our coal export terminal port charges are 37% below the global average. By contrast, our port charges on a full container for export (basically on locally manufactured goods) are about 415% more than the global average, and cargo dues 935% more! Bear in mind that iron ore mining creates on average about 500 jobs, coal mining about 1000 jobs, and manufacturing about 3700 jobs for every R1-billion of production - and you begin to get an inkling of one of the myriad ways a particular history has distorted our economy.

But if our mining-led industrial revolution required high levels of capital intensity, it also, paradoxically, required vast quantities of cheap (which is to say coerced) unskilled labour - and here all of the earlier colonial mechanisms to deal with the "native question" kicked in with a vengeance and a new dynamic - indirect rule, "native" reserves, pass laws, racialised spatial engineering.

Migrant labour, whose cost to capital was subsidised by families locked into poverty-stricken subsistence in so-called homelands, is no longer a central feature of our labour market. But through the 20th century, segregationist urban settlement controls increasingly reproduced the same structural reality. The black working class was settled in remote, peri-urban reserves, dormitory townships, far enough away from the commanding heights of power and wealth to be contained and controlled, close enough to be migrated daily to work in factories, shops and white suburban homes.

Once recognised, it is relatively easy to effect progressive changes to our port charges, for instance. This is exactly what lay behind President Zuma's February announcement of a R1-billion rebate on port charges for manufactured exports. It is considerably more complex to develop a comprehensive policy to tackle the web of many other factors that continue to strangle the development of our industrial base. When we do try, we are told the state "shouldn't second-guess the market". But business as usual will simply reproduce all our structural flaws.

The same deep-structured challenges apply to our distorted, racialised urban geography. Black workers and the urban poor continue to be hugely disadvantaged by their geographical marginalisation in dormitory townships. The average public transport trip in London is 8km; in Tshwane it is 26km. We won't overcome the dormitory township syndrome just through delivery of more RDP houses to the same faraway localities, or more bus subsidies for the same daily migratory haul, especially if a large slice of the resources available are used on freeways and other multibillion-rand infrastructure for private-car-dependent middle classes. There has to be a determined effort to tackle the root causes of ongoing exclusion, to break the racialised pattern of urban sprawl and of displaced dormitory townships. We need integrated public transport systems, mixed-use, mixed-income human settlements, and relatively dense corridor development.

What about the state? After 1994 we borrowed the Thatcherite "new public management" model designed to downsize a Weberian welfare state - it was a bad cure for a disease we didn't have. Our problems were quite different. We failed to appreciate, for instance, the weight of the colonial and apartheid legacy of indirect rule on our bureaucracy. As Ivor Chipkin notes in a recent important study on the institutional history of South Africa's public service, in 1994 we inherited nearly 650000 homeland officials schooled in dysfunctional administrations, operating not according to Weberian impersonal standing orders, but through patronage and personal rule. Reshaping the state along Thatcherite lines into a tendering-out and fragmented reality in these circumstances has often produced a toxic mix of poor accountability, weak capacity, and an inadequate public service ethos.

To carry forward structural transformation (whether of our economy, our social spaces, or our state) requires a sober analysis of the systemic ways in which the past continues to distort our present. Business as usual, growth (even 7% growth) along the same growth path, valiant efforts at "service delivery" through top-down patronage into the same endlessly reproduced zones of desperate need - none of these will catalyse the systemic transformation required. It is not a question of simply blaming or exonerating "apartheid". Let's rather work together to appreciate the huge weight of the past on our present, and to appreciate the collective effort required to transform our often dysfunctional reality.