Killed for his faith? 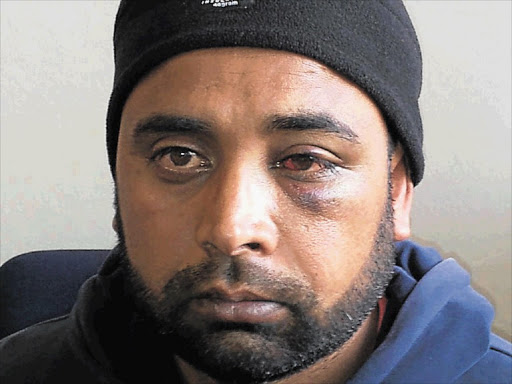 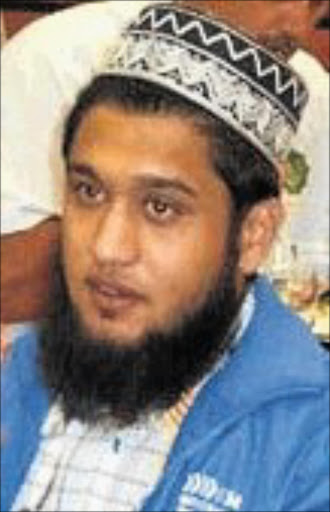 Anser Mahmood cannot talk about the vicious beating that led to his best friend's death without breaking into tears.

It is a murder a former cabinet minister has described as reeking of "the stench of Islamophobia".

On Monday, Mahmood and Mohammed Kazi stopped at a fast-food outlet in Magaliesburg.

All they wanted to do was break their Ramadan fast but they ended up being the victims of a deadly attack that has outraged Gauteng's Muslim community and the people of the small tourist town where it happened.

The attack on Kazi is the stuff of nightmares. It will remain etched in Mahmood's mind for a long time.

"I can't. I just can't. I can still hear Mohammed. I can hear him talking to me, asking me for help . and then nothing," said Mahmood as he tried to recall the ordeal in which the life of the 27-year-old Kazi was gruesomely snuffed out.

"When I close my eyes, I see everything happening again. I want it to stop, but it doesn't," he said, choking back tears.

Kazi had been married for less than a year.

The two men, who ran a furniture dealership in Ventersdorp, were returning home when they stopped at the Chicken Licken outlet.

As Kazi - his family's sole breadwinner - walked into the restaurant, two white Afrikaans-speaking men began taunting him, pulling at his beard and hurling racial insults at him.

Mahmood said that when he walked into the restaurant after Kazi, he [Kazi] told him to ignore the men.

"We tried to move past them to place our orders but the men would not stop. They told Mohammed that he was Bin Laden. They said what happened to Bin Laden would happen to him. They grabbed his beard and slapped him."

Mahmood said all he could remember afterwards was waking up on the floor.

"I don't know what happened. This happened because of our colour and because we are Muslim. There is no other reason. They hated us because of who we are," he said.

"We were not there to fight. We are not fighters. I don't know why they did this. Why did they have to do this? Why did they want to kill us?" he asked.

"They don't know what to do. Mohammed was the sole breadwinner. What is his family going to do?"

Asmal said the family had many questions.

"We just want to know why? They were breaking their fast; they were not fighting. They were going to give blessings. Why would someone say these things? Why would they call him those names?"

He said Kazi died on Tuesday after going into a coma as Mahmood was rushing him to hospital.

He is believed to have died from severe head injuries.

Gauteng police spokesman Brigadier Neville Malila said the police had identified one of the assailants with the help of the Magaliesburg community.

"The assistance has been overwhelming. Some have given descriptions of the vehicle and some of the suspects," Malila said.

He said the police in Gauteng and North West were on the trail of one of the suspects, a 33-year-old Rustenburg mine employee.

"We have activated our 'war-room' to track down this man. We have alerted all government agencies and are confident of making an arrest soon," he said.

Chicken Licken franchise holder Jaco Venter, whose staff saw the assault and called for help, said he could not believe such a thing could occur in "our peaceful little village".

"We are a tourist town, not a big city, where these things happen. Nothing like this has happened before. It is beyond imagination."

Ibrahim Vawda, a senior researcher at the Media Review Network, whose organisation works to dispel stereotypes about Islam and Muslims, said Kazi's death had serious implications.

Vawda said: "We are concerned that things like this are happening. What worries us is that [ Islamophia] is rearing its ugly head in South Africa."

He cited several recent acts of violence and intolerance against Muslims around the world.

"There is widespread anger among Muslims in the Gauteng region." - Additional reporting by Nashira Davids

HE SOUNDED like an animal in pain. He was pleading for his life - but no one listened.

This is the terrifying account of a witness who saw at least three men beat 27-year-old Mohammed Fayaaz Kazi to death.

"I never want to see that again. I went cold. I just froze," said the witness, who has asked not to be named.

The man had been inside a nearby restaurant when the attack unfolded.

"I don't know what started it. I was inside when I heard the screams. They didn't stop.

"When I ran outside I saw a white man punching an Indian man in the face," he said.

Even when Kazi fell to the ground, the assault continued, he said.

"It just went on and on. The guy fell to the ground and the man who hit him started to kick him. He was kicking the Indian man in the face. Over and over again.

"People were begging him to stop but he didn't. He was crazy.

"When another Indian man came outside, the white guy turned on him.

''He punched him. He beat him to the ground and then began kicking him.

"He just carried on. He would not stop."

It is believed that a local business owner, who was driving past, stopped and pulled the suspect off Kazi. - Graeme Hosken