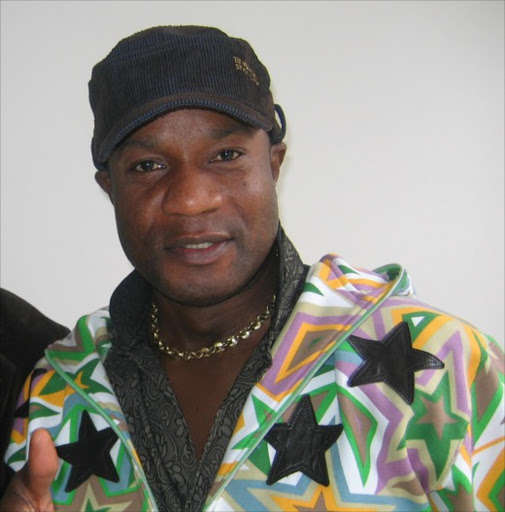 Congolese music star Koffi Olomide, who was recently charged with rape in France, was given a three-month suspended prison sentence Thursday for injuring his producer in a fight in a Kinshasa hotel.

The rumba singer, who is one of Africa's best-known music makers, was in February accused by a Paris suburban court of three counts of rape and illegal confinement after complaints from three of his former backup dancers.

He denied the charges and returned to the Democratic Republic of Congo before French authorities could say if he should be held without bail.

The latest incident took place Wednesday in a hotel room in Kinshasa when Olomide's producer, Diego Lubaki, was visiting the capital for a few days.

The court heard that Olomide went to the hotel and confronted the producer, better known as "Diego Music". Olomide wanted to discuss several thousand euros (dollars) he had paid the producer for a video that was never produced.

A fight broke out and several hotel security agents had to intervene. Olomide was subsequently arrested.

The two men first appeared in court Wednesday, with the usually flamboyantly dressed Olomide wearing sombre clothes and large crowds gathered around the courthouse in the Gombe neighbourhood.

Even though Lubaki said Thursday he wanted to drop the charges against Olomide, the judge continued the trial.

"He wanted to withdraw charges in favour of social peace and peace between him and the one he calls his big brother," said one of Lubaki's lawyers.

Still, Olomide was convicted of assault and battery but acquitted of another charge of malicious destruction, after the hotel room door was damaged in the fight.

A conviction on that charge could have earned him a much tougher sentence -- up to five years in prion.

Olomide has won many awards for his rumba dance music and campaigned for Joseph Kabila during the 2011 presidential elections. He has been implicated in several other incidents but his ties to Kabila seem to have until now protected him from prosecution.

In the French rape case, Olomide's lawyer has said the women filed the complaints in the hopes of obtaining temporary French residency permits.