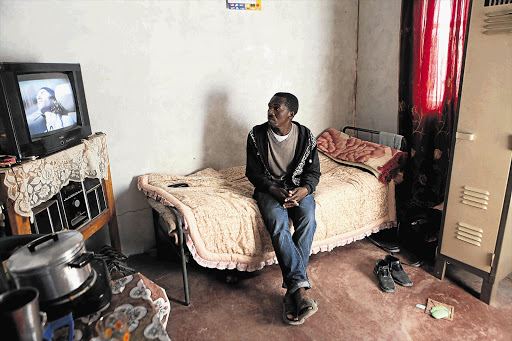 Cingisile Makhamba has been a rock-drill operator at Marikana for seven years.

Hailing from Mqanduli, in Eastern Cape, he earns R5197.50 a month after deductions, and sends R2000 home to support his wife, two children and four siblings.

He spends R1500 on groceries and pays R550 for the shack he rents in the squatter camp.

His shift starts at 7am and he often works 12 hours underground, where he is exposed to chemical fumes, dust and unbearable heat.

"You're not allowed to knock off until you have finished the work you have been allocated, so it is not uncommon for rock-drillers to work 12 hours on end.

"By the time you go home your whole body trembles from being shaken by the drill for 12 hours."

He gets a R556 a month medical allowance, which he can use only for treatment in the mine hospital.

He claims that, once the allowance is exhausted, no more treatment is allowed.

"I have nothing [money] to save. The only investment I have is funeral cover for which I pay a R150 monthly premium.

"If this is not slavery, then I do not know what slavery is."

Makhamba chose to rent a shack in the squatter camp because the mine deducts R1800 for accommodation in the mine hostel.