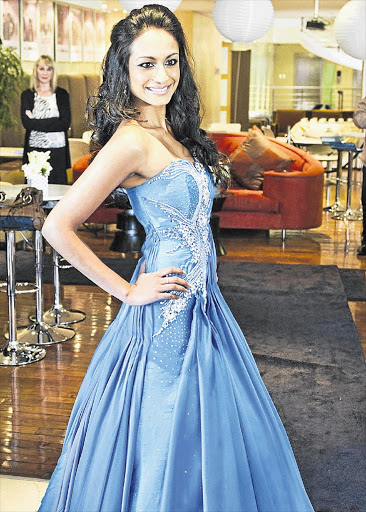 Remona Moodley and Sun International yesterday declared themselves satisfied with the decision to send Moodley to this weekend's Miss World pageant instead of Melinda Bam, even though the strategy appears to have backfired.

Moodley was not one of the top 15 semifinalists but took to Twitter yesterday, sounding happy with her achievement.

She said: "Friends, had a blast at MW! I really carried myself with the class and dignity that would do South Africa proud. Thank you for the support!

"China was a worthy winner. Gorgeous inside and out. I could have done jumping jacks on my hands and still not [have] been given the credit it deserved," she added.

In June, Sun International and the reigning Miss South Africa, Bam, announced that Bam had pulled out of Miss World, citing "personal circumstances".

Bam did, however, say that she would be "working closely" with Moodley ahead of the Miss World pageant, which was held in Ordos, China on Saturday.

The beauty queen said she wanted to concentrate on trying to win the Miss Universe crown later this year.

Donald Trump, owner of the Miss Universe pageant, is yet to announce a host city and date for the glitzy event.

She added: "I personally thought Remona looked absolutely fantastic on stage - she was amazing. She was well prepared but it's a beauty pageant and I don't have to tell you that.

"They have judges and the judges' decision is final and there is nothing we can do about it."

Tatum Keshwar, who was crowned Miss South Africa in 2008, was third in the Miss World pageant in 2009.

But Klerck was unfazed by criticism of the decision to send two different contestants to the Miss World and Miss Universe competitions, saying it was "not unusual" and that other countries had done the same.

"I don't know what the whole hoo-ha is about this thing," she added.

Moodley is expected back from China on Wednesday.

China's Yu Wenxia won the crown, ahead of Sophie Moulds, of Wales, and Australian Jessica Kahawaty.