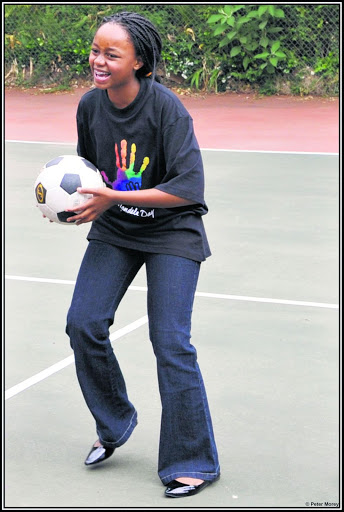 Excessive speed led to the death of former president Nelson Mandela's granddaughter in a car accident, the Johannesburg Magistrate's Court heard on Monday.

Accident specialist Craig Proctor-Parker said the car, which was driven by Sizwe Mankazana, was travelling at an estimated speed of 162km/h on June 11, 2010 when it crashed on a bend on the M1 freeway.

The speed limit on that portion of the freeway is 80km/h.

The court heard that skid marks were usually measured with instruments to calculate the speed of a car.

Proctor-Parker confirmed he had not used any instruments to make his calculation, but that he had used his "naked eye".

"No, because it does not make a difference," Proctor-Parker said in response to questions by defence advocate Kenny Oldwadge.

He said it was clear what had happened.

The court heard that the car was in a good condition and roadworthy.

Mankazana, 25, faces a charge of culpable homicide and reckless and negligent driving.

Mankazana was a friend of the Mandela family and had been taking Zenani Mandela, 13, home from a World Cup concert on June 11, 2010.

He was driving his father's Mercedes-Benz on that night and was heading to Sandton when it crashed into a barrier.

Zenani, who was in the back seat, was killed. Mankazana and another passenger were slightly injured but neither went to hospital.

The vehicle had hit a steel barrier, which penetrated the car.

Proctor-Parker testified that all the brakes were working on the car, and that road conditions were good. The road was well-lit, there were no potholes and the car had been serviced in 2009.

It was determined that all three occupants were wearing seatbelts, said Proctor-Parker.

He said no environmental factors had contributed to the accident.

Proctor-Parker gave a detailed account of the damage to the car, tyres, road and barrier. Pictures of the scene and car was handed in as evidence.

Suggestions that a flat tyre may have caused the accident was dismissed by Proctor-Parker, who said there was no evidence of a flat tyre.

Zenani's grandmother Winnie Madikizela-Mandela and other family members were sitting in the public gallery observing.

The accused, wearing a suit, was seen jotting down notes as the witness testified.