Wedded to our traditions 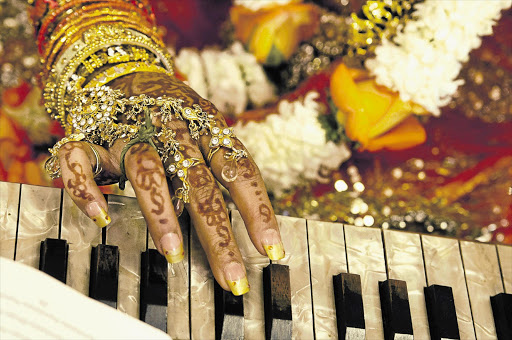 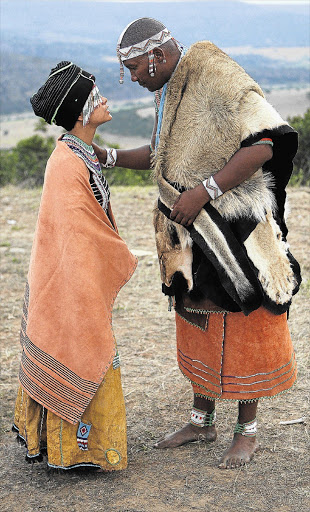 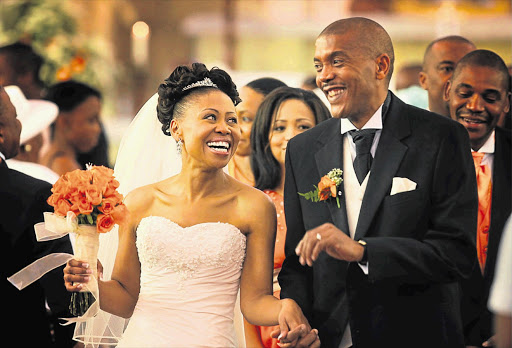 The trend among most urban Africans is to have two ceremonies - the traditional wedding, which is culturally considered as the official union, and the white wedding.

Before the family can plan the weddings , lobola negotiations must take place at the bride's family home.

Only elected male representatives from the bride and groom's families attend these meetings.

''Lobola is not a bride price. You're not buying a cow and walking away. It's about establishing a link between the families. So, in some cultures, like the Shangaan, the lobola is paid in 'instalments', with the last being paid on the wedding day so the families keep meeting," says wedding planner Mantombi Makhubele.

The amount for lobola varies from couple to couple and is mainly determined by the relative wealth and status of their families as well as the desirability, education and background of the bride.

Once the lobola has been finalised, the wedding arrangements are made.

''There's no such thing as a guest list or invitations for a traditional wedding. Everyone is invited, not just your family and friends but all the people in your community," says Zama Kodwa, wife of presidential spokesman Zizi Kodwa.

"It's about going to your home town and introducing your husband or wife to all the people who know you, raised you and witnessed your evolution from a child to an adult, and inviting them to celebrate and share their wisdom with you."

Traditional weddings differ from culture to culture, but it is common for the wedding to take place at the groom's family home.

A cow is usually slaughtered on a specific day before the wedding or on the day by the groom's family in acceptance of the bride. The cow is also slaughtered as a sacrifice to the ancestors for their blessings. Both the bride and groom wear traditional attire and various rituals and customs happen on the day.

For instance, during a Zulu wedding ceremony, the bride does the Ukwaba - the giving of blankets to her in-laws. The in-laws then cover themselves with the blankets and the guests sing, ululate and dance. - Refilwe Boikanyo

AS EUROPEAN customs spread across the world, one of life's milestones, the wedding, was whitewashed in its wake.

In the Western world, white represents purity and virginity and young brides-to-be were once expected to embody these qualities. But it was Queen Victoria's choice to wear a white dress to her nuptials with Prince Albert in 1840 that gave the white wedding its name and colour scheme, and today the highlight for many modern brides is still the dress.

When accounts of Victoria's dress crossed the oceans, brides from all walks of life and every culture adopted her pallid apparel. Because white is easily soiled, it provided an opportunity for conspicuous consumption among the elite - it showed the bride did not toil and her elaborate dress could be spoiled. Of course, other classes were eager to emulate the higher echelons of society.

The white wedding comes with traditions like the groom asking for his bride's hand, a strict guest list, an elaborate venue and finely printed invitations. The event itself is usually formal, in a church or synagogue, according to custom, and is followed by a reception at a home or venue. Then it is the honeymoon and happily ever after. - Andrea Nagel

HINDU weddings begin with a proposal ceremony that serves to unite the families.

The ceremony itself is a three-day event and starts with a non-religious tradition of mehndi - or henna - applied on the bride's hands and feet. This decoration is symbolic of a blessing passed from mother to daughter.

The day before the wedding, a family prayer called a havan is recited and then turmeric - called hurdee - is applied to both bride and groom at their respective homes, also a blessing from the family. Music is played and the families celebrate.

The wedding itself takes place on the third day.

Each family member takes part in the couple's marriage ritual, which symbolises the giving away of the bride, the receiving of the bride into the groom's family and the joining of the couple. The main ritual consists of taking seven steps and circling the prayer fire seven times, each time making different vows. These vows unite the couple for seven lifetimes.

The bride traditionally wears a red sari or Lehenga, adorned with jewellery. The groom wears a sherwani or Nehru suit and turban.

Rings are exchanged and the bride receives a necklace called a thali or mangalsutra. A red powder dot applied to the forehead and toe rings symbolise a married woman.

After the wedding there are a few ceremonies. One of them welcomes the bride into her new home.

Traditions and rituals differ from region to region in India and are differentiated by language groups.

The ceremony as a whole is a coming together of family and friends in a colourful celebration of love, music, dance and prayer. - Nikita Ramkissoon