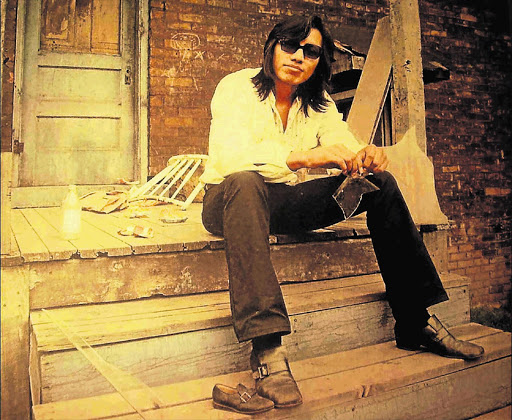 If you're a South African of a certain age, it's almost certain you grew up listening to the music of Rodriguez.

Here in South Africa and across the way in the antipodes - by way largely of South African expats, one assumes - the gravelly tones of the songs from his 1971 album Cold Fact were the background to braais, joint-passing car trips and parties.

Rodriguez himself recorded only two albums in his home town of Detroit with legendary Motown producers before disappearing into obscurity - his US audience not sharing our appreciation of songs such as I Wonder and Sugar Man.

A bootleg copy of Cold Fact made it to South Africa in the 1970s and the rest was clouded in mystery and myth.

The singer was rumoured to have killed himself on stage, some said he shot himself, others said he set himself on fire.

No one knew where the money from the half a million copies of his album that were sold in South Africa went to.

Using the lyrics of the music and the information available on the record sleeve as their clues, the two men eventually find the elusive singer alive and well in Detroit, working in construction and oblivious to his phenomenal success in South Africa.

As you watch the singer in his 60s shuffling through Detroitto another construction job, it is hard not to be moved by the scope of his story after having seen footage of his 1998 concert in Cape Town, where 20000 fans drowned him out, singing each song word for word.

It's a story that is so strange that it must be true and, like the singer's music, is made up of a mix between heart and poignant reality.

Bendjelloul does well to allow the material to tell itself without resorting to too many manipulative tricks.

While there are still unanswered questions about the royalties the singer didn't receive for his South African sales, the story is about a man who tried to follow his dream and believed he had failed. In a way that almost never happens to anyone in these kinds of situations, he discovered that he hadn't.

With previously unheard tracks from a never completed third album and all our favourites, Searching for Sugar Man is a film not just for Rodriguez fans, but for believers everywhere.

THIS MUST BE THE PLACE

David Byrne Cheyenne (Penn) is a bored rock star living in Dublin, still wearing his hair and make-up as he did in his days of stardom.

There's something missing from his life, until he goes to the US for his dad's funeral. He discovers his dad's past in a concentration camp, which sends him on a road trip to find a Nazi survivor. A moving gem. - Tymon Smith

TINKER BELL: SECRET OF THE WINGS

Tinker Bell meets Periwinkle and they goto the woods to find the secret of fairy wings. - Staff reporter

The trouble begins when George Needleman (Eugene Levy) discovers that his company has been running a Ponzi scheme backed by the Mafia and, as CFO, he has been set up to take the fall.