THE BIG INTERVIEW: Star seeks to earn her stripes in the States 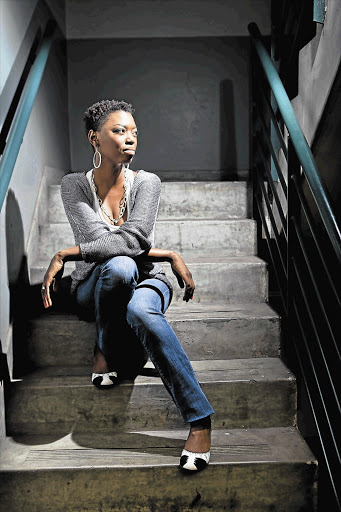 After six years of uninterrupted success in the local music industry, Lira is starting over.

In between releasing albums, recording a DVD and starring in a film, the multi-award winning singer and songwriter has spent the past three years assembling a team of publicists, managers and specialists to launch her career in the US.

"I don't know how it is going to go, but I can only try," Lira said when I asked about her dream of making it in the biggest music industry in the world.

"I'm at a point where I feel I've done a lot in South Africa. In some ways I think I've reached the ceiling so I need new challenges and new experiences. And I've had the same goal since I started my career - I've always wanted an international career," she explained.

Lira, real name Lerato Kohl, started her musical journey when she was in her teens. By the time she was 16, Lira was writing songs and performing for audiences in her home town of Daveyton and neighbouring areas. Then, when she was an undergraduate studying accounting at the Vaal University of Technology, Lira approached a recording company and offered to balance their books if they let her belt out some tunes in the studio.

The exchange led to her recording a demo album at 18. Despite harbouring dreams of being a musician, Lira continued her studies and graduated with a diploma in internal auditing.

But two years into her job as an accountant, Lira resigned to follow "real passion". The risk was worth it. A few years later, she was discovered by Arthur Mafokate and signed to his stable, 999.

In 2003 Lira released her début album, All My Love. The offering was well received with the title track making it to the top of the charts on local radio stations and earning her accolades at the Samas, Metro FM Awards and Channel O Reel Music Awards. But true stardom came after she left 999, signed to Sony Music and teamed up with producer Robin Kohl (to whom she is now married), keyboardist Victor Mngomezulu and bassist Tshepo Sekele, and released the album Feel Good in 2006.

"When you listen to the first album, it's the same person. It's the same Lira. The difference is that I was young and not in control," she said.

" I'm definitely at that stage where I feel I've carved out that unique Lira sound, but I'm also evolving all the time, which I think is a good thing. I'm happy to be constantly evolving, constantly being cutting-edge."

With a seamless fusion of sounds ranging from Afro-pop and jazz to R&B, Feel Good became an instant hit. The album was certified platinum, the single received a Sama in 2008 for Most Downloaded Song and its video was featured on VH-1, a first for a local artist.

Her winning streak continued. Her follow-up album, Soul In Mind, earned her six nominations at the 2009 Samas, and she won in four of the categories. The Samas recognised her as the Best Female Artist (a title she won again in 2010) and the coveted Album of the Year.

Earlier in the year, the album earned her a nomination in the category for Best International Act: Africa Division at the Black Entertainment Television Awards.

Despite not winning, those awards helped introduce her to the US market.

"I did about 12 interviews on the red carpet so I had a lot of attention and exposure," said Lira.

Lira's team across the Atlantic also set up numerous interviews and are pushing her music in the country. The response so far has been positive.

Essence Magazine listed Lira as one of the artists who will change music in 2012 ,and Oprah Winfrey is using two of her songs in an upcoming film about her school in South Africa.

"I've just had incredible experiences overall and people receiving my music really well. I think the biggest compliment I got was from a National Geographic journalist. He said he found me unique because I'm able to inspire and entertain at the same time.

"And he said that's something unique, that they don't really have in the States right now. And others are calling me a positive female role model," she said.

With so much time and energy being invested in pushing boundaries abroad, one might assume that this artist has aspirations of leaving the country.

"It's not necessary," she said.

"My plan is that every year I need to hit parts of the world. It might mean three months in the States, maybe three months in Europe and the rest here in this country. That's what I want to do.

But what will be her barometer of success in the saturated American music market?

"The Grammys would be nice. Then of course there have been artists who have won Grammys but have not done well on the ground.

"I'd like a Grammy and success on the ground. That is tours that sell out, album sales and the accolades that come with that. But I want to become a globally recognised African brand."