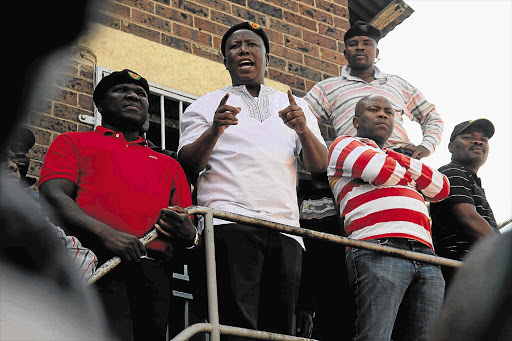 Many of the 34 people killed at Lonmin's Marikana mine on August 16 were hunted down and murdered by the police, an acclaimed news photographer and author claimed yesterday.

Writing on the Daily Maverick website, Pulitzer prize-winning photographer Greg Marinovich said that, after nearly two weeks at the site of the massacre, he had concluded that most of the killings were deliberate.

"It is becoming clear to this reporter that heavily armed police hunted down and killed the miners in cold blood. A minority were killed in the filmed event [in which] police claim they acted in self-defence. The rest was murder on a massive scale," he said.

National police spokesman Captain Dennis Adriao said he had not read the article.

He said the police were no longer commenting on the Lonmin shootings because it was the subject of a judicial commission of inquiry.

"Legally, the police can no longer talk to the media . before the conclusion of the inquiry."

Marinovich, co-author of the book The Bang-Bang Club, said that about a dozen miners died in the shooting captured by TV news cameras and broadcast repeatedly.

But at least 14 died about 300m away, among boulders and out of sight of the cameras and reporters, he said.

Marinovich said he had inspected the scene, at which the location of each body was marked by a letter - A to N - sprayed in yellow paint.

He concluded that the 14th victim, whose place of death was marked with an N, must have been shot by someone no more than 2m away.

"And, on that deadly Thursday afternoon, N's murderer could only have been a policeman. I say 'murderer' because there is not a single report on an injured policeman on that day.

"I say 'murderer' because there seems to have been no attempt to uphold our citizens' rights to life and fair recourse to justice.

"It is hard to imagine that N would have resisted being taken into custody when thus cornered. There is no chance of escape out of a ring of police," he said.

Marinovich quotes an Eastern Cape miner identified only as Themba who described how the police shot from a helicopter at miners running for cover.

The witness said some victims were deliberately and repeatedly run over by police trucks.

"In light of this, we could look at the events of August 16 as the murder of 34 and the attempted murder of a further 78, who survived despite the police's apparent intention to kill them," Marinovich concluded.