Alexandra "Not yet uhuru" 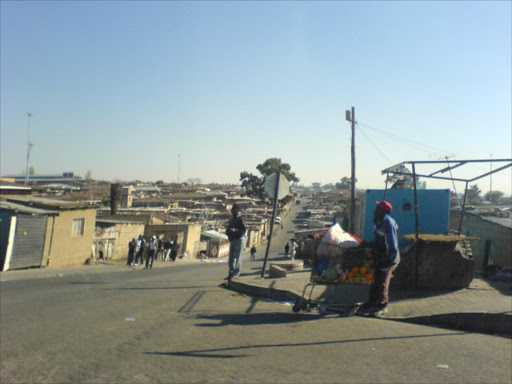 Residents of Alexandra held placards written "Not yet uhuru" as President Jacob Zuma arrived to plant a tree at the house where former President Nelson Mandela lived in 1940.

Zuma planted the tree at the house on the corner of Richard Baloyi and 12th Avenue.

He was received with joy and singing by the residents.

As he came out of the house, after planting the tree, residents were ululating.

They then drew Zuma's attention to the placards and he responded by saying : "I will be back in October."

"Not yet uhuru" means "not yet free".

Resident Gabriel Sibuyane, 63, said he had been struggling to get a title deed for the stand his father left him in Alexandra.

"I've been to all departments asking for help but no success. A man came with a new title deed saying this is his property," said Sibuyane, who has been living in Alexandra for over 50 years.

Zuma was expected to deliver a keynote address later at the Alexandra stadium as the township celebrates its centenary.

He was accompanied by Gauteng Premier Nomvula Mokonyane and Johannesburg mayor Parks Tau.