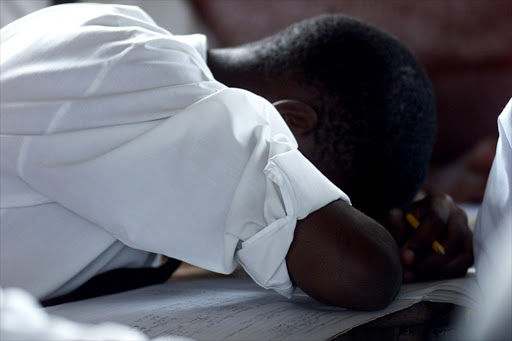 "Limpopo is as ready as all the other provinces. We have intensified our monitoring in Limpopo and the Eastern Cape, because those two departments of education are under administration," Umalusi CEO Mafu Rakometsi said.

He was briefing reporters in Johannesburg about the country's readiness to conduct matric exams.

"It affected Grade 10, who are doing Caps (Curriculum and Assessment Policy Statement) for the first time. We have found nothing irregular. They are on the same footing as the other provinces."

Court action was taken against the department of basic education after textbooks were not delivered in time for the 2012 school year.

Rakometsi said no matter what results were produced in the final matric exams, marks would not be increased.

"Learners are going to get what they deserve."

He said Umalusi was satisfied with exam preparation in the country overall.

However, he said Umalusi recommended that the education department conducted "intensive monitoring" of the Eastern Cape and Limpopo.

This was to "mitigate possible unintended consequences of this situation [being are under administration]. Umalusi will also intensify its monitoring where it deems it necessary to do so."

The saga of late and undelivered school textbooks in Limpopo continued in the High Court in Pretoria on Tuesday. The court was set to hear argument as to whether the basic education department complied with a court order compelling it to provide books to Limpopo schools.

Two schools filed papers with the court after they failed to receive textbooks, despite an interdict in June this year forcing the department to deliver the long overdue materials.

The schools now want an order forcing the department to find out which schools had still not received textbooks, as well as to deliver all books by October.

In September, the NGO Section27 said the department's proposed catch-up plan remained unclear and would not adequately make up for teaching time lost through the late delivery of textbooks.