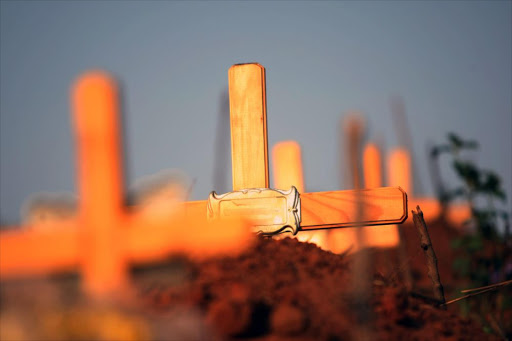 A sangoma and his driver were arrested for the alleged desecration of a grave at a cemetery in Mmabatho, North West police say.

"Human remains, allegedly belonging to an albino who was buried in 2002, were found in their possession," spokeswoman Amanda Funani said.

Police searched the two when they saw them leaving the Moletsamongwe cemetery at 2.30am.

According to Funani, the same grave had been tampered with in 2011, but no arrests were made. Police were still trying to link the two cases.

The 54-year-old sangoma and his driver were expected to appear before the Mmabatho Magistrate's Court on Monday.