Youth think action should be taken against strikers: survey 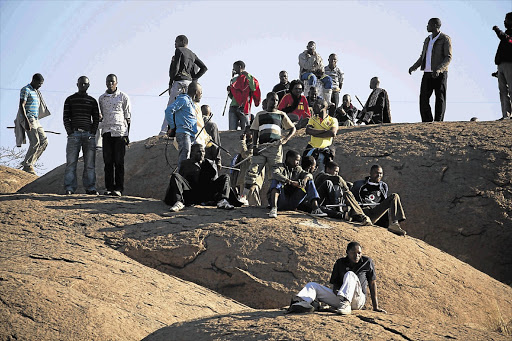 Striking Lonmin workers meeting on a hilltop near the Marikana informal settlement in North West at the height of the Lonmin strike. File photo.
Image: DANIEL BORN

At least 54% of young people think police should take stronger action against strikers, according to a survey released on Friday.

"Overall, 54% of young South Africans of all races think police should be taking stronger action against strikers; 41% were against it."

Five percent were unable to decide.

Market research company Pondering Panda surveyed 3061 people between the ages of 15 and 34 through cellphone social networking and chat service Mxit earlier this week.

There were also significant regional variations, in line with the racial differences.

Respondents in the Western Cape were the most likely to call for stronger police action, with 61 percent in favour.

The Eastern Cape had the highest proportion of respondents who were against the idea at 50%, compared to 43% who thought they should.

More than 84% of young whites favoured stronger police action with only half of young blacks feeling the same way.

The survey also found that almost two thirds of Coloured people and Indians were in favour of stronger police action against strikers.

Apart from race, there were no significant differences in attitude related to gender or age.