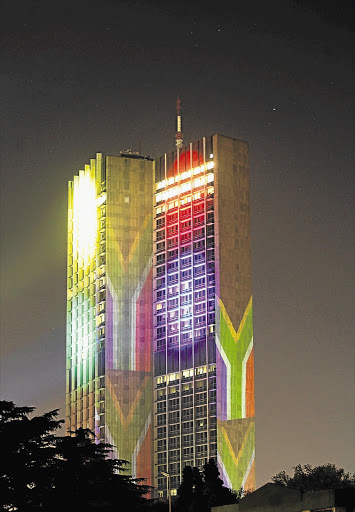 THE looting spree that tore the SABC apart has been laid bare in explosive forensic reports, board minutes and internal correspondence obtained by the Sunday Times.

The newspaper has established that the cash-strapped public broadcaster:

In several instances, the SABC board has already taken action to deal with the culprits.

In an interview with the Sunday Times, board chairman Ben Ngubane rejected the view that this trail of disaster shows the SABC is far from being fixed, despite parliament appointing a new board to do that in 2009.

"It's no longer a sinking ship, [but] it may still be leaking a bit," he said.

Last month, the SABC suspended chief financial officer Gugu Duda for "procurement irregularities" amid suspicions that these could include her role in approving the ICT Indaba sponsorship.

Ngubane said two preliminary forensic audits into SABC's R3-million sponsorship of the ICT Indaba had been completed. "They point to a bad situation. We found it [to be] an irregular expenditure."

Duda declined to discuss the issue.

Ngubane admitted Ndaba's appointment had been an embarrassment to the SABC .

He said the "anomalies" were initially not reported to the board, but once they knew about Ndaba, they immediately acted.

However, e-mails show that even after Ndaba's forged qualifications were flagged in May 2011, he was still used by the SABC, including as an acting company secretary in July 2011.

Ndaba, a former employee at BHP Billiton, denies forging his qualifications or that he was caught with his pants down in London, claiming it was another unnamed person.

Ngubane was implicated in trying to bury an internal audit report that said Motsoeneng lied on an application form for an SABC job in 1995, when he claimed to have passed matric.

At a board meeting on May 4, Ngubane resolved that the issue of Motsoeneng's dodgy qualifications "be closed for further discussion by the board with immediate effect", refusing to hand the audit report to directors who'd requested it.

After being queried by the Sunday Times, Ngubane reversed his decision and tabled it this week at the board's governance committee, even though he said it was "riddled with holes".

He admitted it was "definitely policy" at the SABC for senior executives to have a matric, but said the board had the discretion to waive this requirement.

"In a COO, you are not looking for a theoretician," he said.

The revelations of new holes at the broadcaster come at a time when the SABC is looking for another R6-billion from taxpayers to implement its digital broadcast strategy, after getting an earlier R1.4-billion guarantee from the Treasury so it could borrow cash from Nedbank. Taxpayers already fund it to the tune of R1-billion in licence fees and government grants.

In a letter sent in April, Finance Minister Pravin Gordhan rejected the SABC's request to change the conditions of the guarantee, because the SABC had already broken its promises by not meeting profit targets, which he said "increases the risk to government arising from the guarantee".

Gordhan pointed out that the SABC's salaries had soared to R1.95-billion, while it had received only R388-million in sponsorship revenue, just more than half its target. "The initial issues that were the cause of the financial instability - cost escalations in excess of revenue growth - have not been adequately addressed," he said.

This week, the SABC released its annual report, which showed it was given a "qualified audit". Its failings included poor internal controls, unreliable financial information and meeting only 31% of 89 "delivery targets" it had set itself, ranging from skills retention to financial health.

Though the SABC posted a profit of R343-milliom, after making a R129-million loss last year, this appeared to be the result of slashing the amount it spent on buying film and programme rights from R1.7-billion to R1.3-billion.

Yet, the SABC still managed to spend R136-million on "irregular, or fruitless and wasteful expenditure" this year.

One thing the SABC didn't skimp on was striking a deal to buy New Age newspapers for its staff, a newspaper owned by the wealthy Gupta family, a benefactor of Jacob Zuma.

Motsoeneng, who entrenched his hold over the SABC this week by taking control of news, radio and sport, admitted he had met Nazeem Howa, CEO of New Age, to discuss buying the newspapers.

He agreed to buy 1800 copies a day. "As a person, I want everyone to read," he said, adding that the SABC "will only take newspapers according to our needs".

This is contradicted by e-mails seen by the Sunday Times that show the SABC's logistics division complained that no budget had been approved, and staff had asked for only 25 papers. It queried: "What do we do with the rest of the papers?"

Sully Motsweni, SABC compliance head in Motsoeneng's office, replied that TNA Media, the company that owns New Age, had "entered into an agreement with the SABC" for 1000 papers a day and one of the "deliverables" was "that we increase our newspaper subscription".

Staffers said the order was scaled back to 190 copies a day after widespread complaints that the broadcaster was spending a fortune on newspapers that weren't being read. Mo tsweni told the Sunday Times that ordering 1000 papers a day was "a trial that ended after one month".

New Age said it was "naturally disappointed" at the reduction. But the SABC is already giving New Age other benefits, broadcasting its 45-minute business breakfast on its Morning Liveprogramme, free broadcasting time that normally sells for R18000 for 30 seconds to companies seeking to profile their logo.

Though Motsweni refused to quantify the cost to the SABC, a senior executive who declined to be named said it was a "bad business decision".

The Sunday Times has also seen an uncensored version of a report by the Special Investigating Unit, the redacted version of which was presented to parliament last month. The report mostly covers wrongdoing predating the current SABC leadership. It found the SABC guilty of blowing R438.2-million in fruitless, irregular and wasteful expenditure between 2004 and 2009, and detailed nine criminal investigations.