Nomvethe in doubt for Afcon 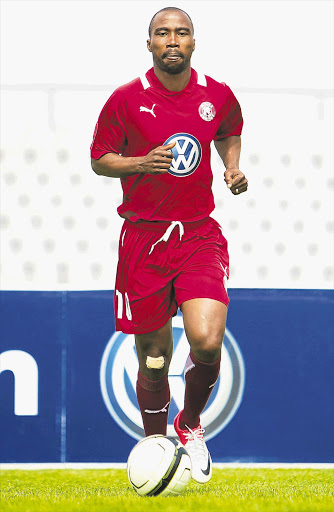 Siyabonga Nomvethe could miss the Nations Cup in January because of his toe injury.

The Swallows striker will be out for another eight weeks and is due for an operation tomorrow.

He is one of the players Gordon Igesund is hoping will bring experience to the Bafana cause during the Nations Cup.

Swallows' team doctor Ephraim Nematswerani said: "We did the MRI scan on Thursday, which confirmed our initial diagnosis of a ligament sprain of the big toe joint."

Nomvethe injured the toe when he fell awkwardly during Swallows' 3-0 win against Orlando Pirates on September 1.

"After the scan, the orthopaedic surgeon and I agreed it will be better for Bhele to go for an operation," said Nematswerani.

"The problem is that you can end up having hallux limitus, which basically means you may have reduced range of motion of the big toe joint. The only way to prevent that it is to do the operation."

He said Nomvethe would be ready to play again only in late December.

"It's still early to talk about the Afcon finals for him. For us the health of the player is more important . Afcon will come and go."

Nematswerani said striker Cheik Bougounta Cisse would also be out of action for six to eight weeks.

Cisse fractured his collar-bone after falling at training 10 days ago.

Defender Rudi Isaacs is suffering from a mild strain of the right lower abdominal muscle and is doubtful for Saturday's Telkom Knockout quarterfinal against Maritzburg United at Harry Gwala stadium.