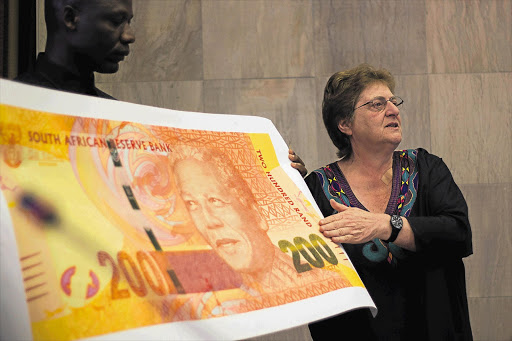 "The Reserve Bank is proud to be able to honour South Africa's struggle icon and first democratically elected president in this way," SARB governor Gill Marcus said in a statement.

"Our currency is a unique symbol of our nationhood, with many of us handling banknotes every day."

The new banknotes feature Mandela on the front and pictures of the "Big Five" animals on the back, SARB said in a statement.

The new banknotes will circulate with the existing currency and both will be legal tender.

The launch has been preceded by a public awareness campaign that includes television, radio and print advertisements as well as electronic media and social networking.

There have also been roadshow and events throughout the country and abroad in Swaziland, Namibia, Lesotho, Mozambique, Botswana and Zimbabwe.