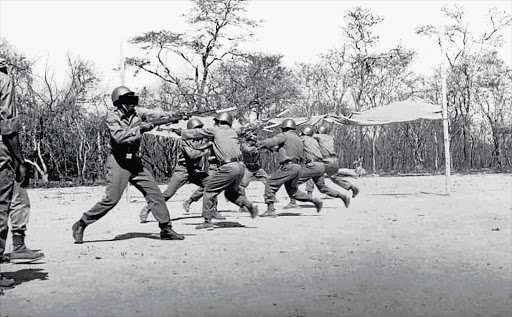 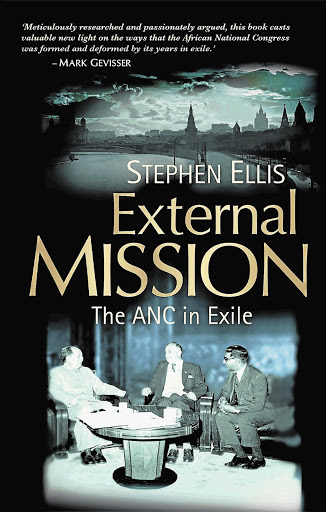 As the ANC celebrates the centenary of the beginning of its struggle to liberate South Africans, is there anyone among its leaders today brave enough to tell us of the dark days of its exile?

Although not one of its leaders, Stephen Ellis, a professor in the faculty of social sciences at the Free University, Amsterdam, The Netherlands, has taken the leap. His book External Mission: The ANC in Exile, 1960-1990 delves into a subject that is seldom spoken about.

While President Jacob Zuma and other ANC senior members carefully select parts of this history to suit their present agenda, Ellis reveals the skeletons that still haunt the ANC 22 years after it was unbanned. He also reflects on the factional disputes that destroyed the commander of Umkhonto we Sizwe's Natal machinery in Swaziland, Thami Zulu, whose "mysterious" death sent shock waves through the movement.

The book takes the reader behind the scenes during the debates about how to respond to the increasing kragdadigheid after the National Party came to power in 1948.

The ANC under Oliver Tambo, Nelson Mandela and Walter Sisulu had to abandon its Africanist views before working with other organisations to achieve their objective of total liberation for natives. The S A C ommunist Party played a key role in exposing the young Mandela, Sisulu and Tambo not only to international organisations but also to the valuable teachings of communist leaders.

When the ANC was banned in 1960, and with many of its top leaders in prison, it was left to Oliver Tambo and a few party members to set up camp outside the country. So began the journey that would last almost 30 years. The ANC in exile faced a number of challenges. The biggest was keeping the fires of liberation burning among the cadres, who were becoming more restless by the day.

Ellis writes that the ANC battled with the question of opening its ranks to other races. It did so at its 1969 conference in Morogoro.

Life inside the ANC military camps established in Mozambique, Angola and Tanzania is vividly captured and one is led to understand that the factionalism in the party we see today was conceived in those camps.

Tribalism, according to Ellis, found a space in the camps and was used to deal with "unfavourable" elements of the struggle. One camp commander, in Kongwa, Tanzania, Archie Sibeko, was regarded by some as a blatant tribalist. But his replacement, Joe Modise and Ambrose Makiwane, failed to stop the trend of ethnic and factional rivalries.

Modise, said to have favoured Johannesburgers and Tswanas, while Makiwane, said to have favoured Xhosas, further divided the ANC in exile. Chris Hani later risked his life when he complained about the rot in the high command. The Hani memorandum singled out Modise and secretary-general Duma Nokwe for their failure to lead by example.

The book elaborates on the effect the 1976 student riots had on the ANC. Young people streamed out of the country in search of a political home. Enemy agents followed them. Ellis tells how ANC security wing Imbokodo ran amok in the camps searching for apartheid agents, nearly destroying what Tambo and his leadership had built.

In the 1980s there was a change of strategy by the ANC as the government under PW Botha resorted to brute force to deal with internal revolt. The ANC faced mutiny as cadres demanded action.

When FW de Klerk took over from Botha, the wheels of change were set in motion, leading to the release of Nelson Mandela in 1990.

This bookprovides a glimpse into the painful past of the ANC on the road to capturing state power in 1994.