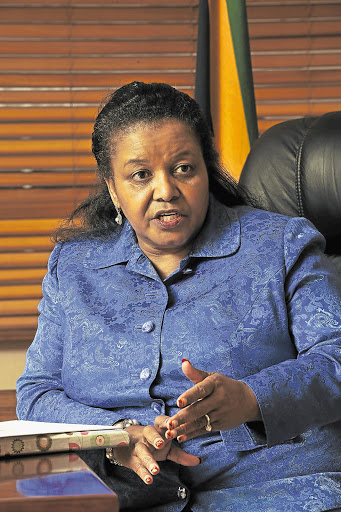 Eskom and mining giant BHP Billiton have been identified as the biggest transgressors of South Africa's environmental laws. But they cannot be punished because of loopholes in the legislation.

According to the national environmental compliance and enforcement report released by Water and Environmental Affairs Minister Edna Molewa yesterday, Eskom has the highest non-compliance record but has been slapped with only a R2-million fine.

BHP Billiton is yet to be sanctioned because environmental crimes charges against the mining firms are still under investigation.

Eskom was found guilty of a raft of offences, including the storage of waste water without licences, potential soil and ground pollution, harmful ash emissions, oil skimming dams and the dumping of contaminated water into the Witspruit Dam in Mpumalanga.

However, the National Prosecuting Authority has declined to prosecute the power utility.

Frances Craigie, director of enforcement at the Department of Water and Environmental Affairs, confirmed that Eskom had only been fined R2-million and warned that future violations would result in a fine of R1-million an offence - the highest sanction provided for in the law.

In terms of Section 24 (g) of the National Environmental Management Act, companies that are aware they have acted illegally can admit guilt and pay a fine but still apply for new environment-related licences.

Craigie said pursuing legal action was at the department's discretion.

In the case of Eskom, the NPA had declined to prosecute because a section in the act essentially absolved an organ of state from criminal liability.

Molewa's report decries the gaps in the law.

"The number of Section 24 (g) applications that have been submitted to the [department] by Eskom are evident of continued non-compliance and it would appear that the levying of these fines is not resulting in compliance or deterring the company from contravening the law."

The department said it would be pushing for changes to the act next year to ensure stricter enforcement and compliance with environmental laws.

Corporate heavyweight BHP Billiton and steel giant ArcelorMittal were under investigation for environmental crimes. No fines have been issued against the two companies.

In a follow-up inspection at ArcelorMittal, inspectors found that the company had, among other things, failed to comply with safety regulations and did not have a waste disposal permit.

"A lot of them made presentations, but then you go back to check commitments and they haven't done anything," he said.

"We have a range of programmes to ensure we comply with environmental legislation. We'll study the report," Joffe said.

ArcelorMittal and BHP Billiton could not be reached for comment yesterday.