Black miners in for billions 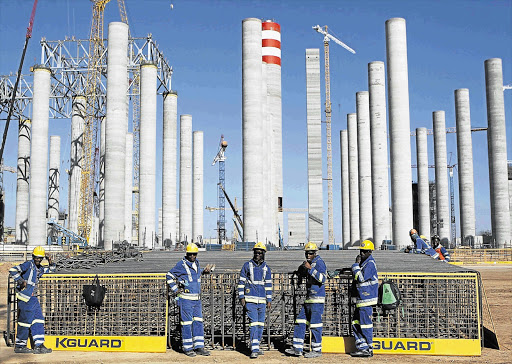 ESKOM plans to source more than a billion tons of coal from black-owned mining companies in the coming decades.

The state-owned energy giant said yesterday it would increasingly deal with emerging mining companies to buy the R28-billion worth of coal needed to keep the lights on every year.

The statement, only days before the start of the ANC's national elective conference, is the second in a week from a state-owned company announcing multibillion-rand plans to create jobs and redistribute wealth.

Transnet, which last week said it wanted to involve the private sector in a R75-billion dig-out port for Durban, and Eskom fall under the Public Enterprises Department.

Eskom purchases more than half of the 250 million tons of coal mined in South Africa every year.

"This massive procurement could be used to change the country," said Gigaba.

But most of the junior mining companies Eskom wants to use are not nearly ready.

And now the energy giant is looking to create what it calls a Mine Development Fund, partnering with development finance institutions and the private sector to get it going.

Brian Dames, Eskom CEO, said the company had secured contracts for about 80% of its coal supply until 2018. But it had not concluded agreements for most of its needs thereafter. According to Dames, Eskom needed to secure as much as 2.1billion tons of coal for use until 2050.

"And we hope to get the majority of this from black-owned miners," he said.

Eskom will not wait for all its new suppliers to get online.

"We are ready to move on a project-to-project basis," said Dan Marokane, Eskom's chief commercial officer.

Dames said Eskom had had a hand in the creation of Exxaro, the black-controlled resource company, through its dealings with Eyesizwe a decade ago.

Exxaro, listed on the JSE in 2006, has grown considerably and is now close to the sector's giants, AngloCoal, Xstrata and BHP Billiton.

Dames said funding was a major barrier to entry for emerging miners, hence the plan to create the development fund.

Gigaba said his department and Eskom met the Chamber of Mines last week and the industry was "generally supportive".

Dames said the requests for information for coal supply from emerging black miners would follow in the next few weeks.