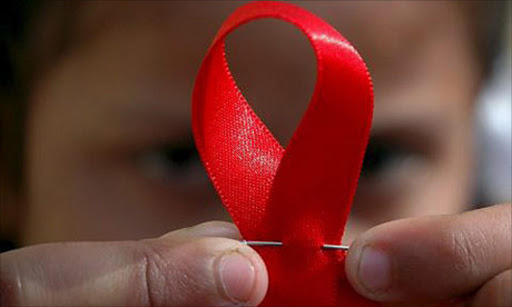 If these proposals are approved NGOs such as the Treatment Action Campaign, will be affected
Image: SUPPLIED

The government is planning to regulate thousands of non-profit organisations with the imposition of "apartheid-era laws" that would hobble them in fighting on critical human rights issues often ignored by the state.

A draft document titled "Policy Framework on the SA Nonprofit Organisations' Law" is already on the table after what the Department of Social Development calls "widespread consultation".

But well-known NGOs such as Equal Education and the Treatment Action Campaign learned about the proposed legislation only last month.

The NGOs yesterday said the proposed changes to the NPO Act would mean stricter regulation of the sector and could lead to the establishment of a tribunal that would hear complaints against NPOs and impose sanctions on them.

"This is the next contentious issue that civil society is gearing up to deal with," said Shelagh Gastrow, executive director of Inyathelo: the SA Institute for Advancement.

"Civil society has to be in a position to act contrarily, and sometimes to challenge the government. The government cannot be its master," said Rosenthal.

Dale McKinley, spokesman for Right2Know, wrote last week: "The continental and more global political context of many governments using new NPO legislation to erect a host of legal barriers .... should make us all the more wary of the negative possibilities associated with the proposed changes to our NPO law."

But the Department of Social Development's argued that "better regulation will promote transparency and accountability within the non-profit sector, without placing onerous requirements on it".

Department spokesman Lumka Oliphant denied that the proposed changes were intended to control the sector.

"The department does not seek to control NPOs but to improve regulatory work with the sector."

Equal Education, Lifeline, Section27 and the Treatment Action Campaign play crucial roles in fighting South Africa's social ills in areas such as inequality, education, the fight against HIV and other human rights issues, often taking the government to court.

Section27 last year forced the Department of Basic Education to deliver thousands of textbooks to schools in Limpopo, and the Right2Know campaign highlighted the so-called Secrecy Bill that allows the government the power to lock up whistle-blowers and journalists for publishing state secrets.

The TAC forced the government to re-align its controversial HIV policies in 2002 and last month helped win a case in the Constitutional Court, which held the Department of Correctional Services liable for a prisoner contracting TB in overcrowded Pollsmoor p rison.

Ann Bown, NPO consultant to both the sector and the department, said better regulation was needed to deal with fraud in NPOs. Bown said NPOs with nothing to hide should not be worried.

"They need to lose the prevailing paranoia about the changes," she said.

"There's all sorts of non-compliance in the sector and fraud is often covered up," she said.

"For example, financial statements should be available at any time on a website or in a central location."

Though it is not clear what sanctions NPOs would face for not complying with government regulations, their deregistration could lead them to lose access to much-needed funding.

Being deregistered could affect NPOs' funding efforts because most donors require them to be registered and NPOs cannot access funding from the government without being registered, said Bown.

In the past five months, more than 35000 of about 80000 nonprofit organisations have been deregistered by the Department of Social Development for non-compliance, such as failing to submit an annual and financial report to the department. Most of them are unaware of this.

Advocacy organisation Greater Good SA last year surveyed NPOs and found 486 out of the 679 that took part experienced funding cuts, with 44% reporting cuts of 50% or more.

Childline's Joan van Niekerk said the policy changes were not well debated at the welfare summit in Johannesburg in August.

"Like the Access to Information Bill, the proposed changes to the NPO Act do require wide debate and participation in order to prevent over-regulation and over-control," she said.