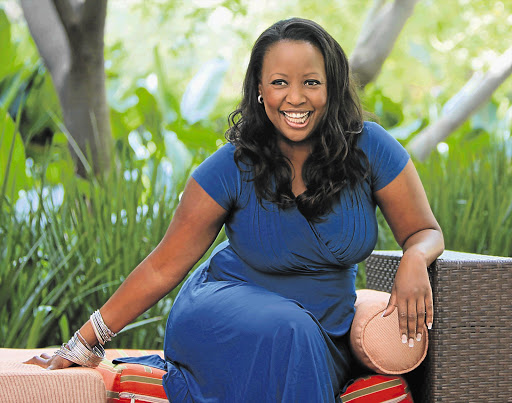 LOVE WHAT YOU DO: Rosie Motene, Afro-Yiddish princess, film producer and actress

Actress Rosie Motene - and a few big-name female friends - is bringing back the controversial play The Vagina Monologues, days before global V-Day.

The first V-Day was on February 14 1998, thanks to author and playwright Eve Ensler. It is part of the global campaign to end violence against women and girls.

The cast of Ensler's play read monologues, each dealing with a facet of the female experience.

The Vagina Monologues has always polarised people . Some say it contradicts Catholic teachings of "selfless love, as taught by Christ and handed down in tradition".

It has been said that it equates men with "the enemy".

"If they are true men they will enjoy it and be educated," said Motene yesterday about the possibility of embarrassing men in the audience.

"The Vagina Monologues is not about attacking men. In fact, it's not about men at all. It's a celebration of who we are. Yes, there are a few hard-hitting monologues but they are all based on fact.

"I invite all men to come and watch and understand. I invite them to acknowledge that [violence against women and girls] is happening and that they have the power to stop it."

It will be interesting to see what reactions the February 10 performance at the Wits University main theatre will provoke.

This play is also a therapeutic process for Motene, the former Generations star and co-producer of Man on Ground, and for other women.

"I was beaten up at university and never went to therapy. In fact, I never really spoke much about it," she said.

"For almost nine years I blamed myself for what had happened."

When Motene finally spoke out about it in an interview she was criticised "by many, who said I should leave the past in the past and that I probably deserved it".