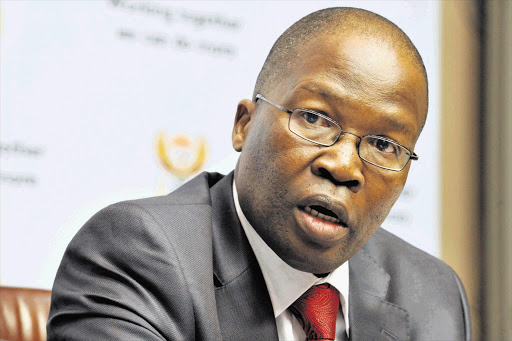 Recommendations on how to stop police officers using state vehicles to frequent shebeens, being abusive to victims of crime and stealing from crime scenes have been published in a report released more than seven years after the inquiry into police behaviour was begun.

In 2005, communities complained against police conduct to a commission of inquiry set up by then KwaZulu-Natal premier S'bu Ndebele.

But their concerns and the panel's recommendations surfaced only when the report was dropped on provincial legislators' desks in December.

The commission found that 57 of the 260 public complaints could be substantiated, and that the police in 2004 and 2005 failed to investigate cases properly, gave inadequate reports on progress to victims and witnesses, were involved in criminal activities and were rude to the public.

In some instances, complainants said the police ignored their complaints, stole from crime scenes and were the friends of drug lords.

Police officers told the commission that there were deep racial divisions in the detective services. B lack officers were assigned cases in villages whereas white officers investigated urban cases.

It recommended improved training in investigation skills, ethics, management and liaison. It said police management should improve disciplinary process for dealing with officers implicated in crime.

"It is the commission's view that only once these matters are comprehensively and systematically addressed will the current negative perceptions about the police be laid to rest and the [police] be placed in a position to earn a more positive image," the report said.

It is not known whether the report's recommendations have been implemented .

KwaZulu-Natal Premier Zweli Mkhize's spokesman, Ndabe Sibiya, said: "T he p remier and his cabinet have been getting regular reports from the [security] cluster on issues of safety and security with the aim of strengthening the cluster to ensure professionalism ."

DA leader in the provincial legislature Sizwe Mchunu said the report should not be ignored.

"KwaZulu-Natal continues to be plagued by issues of service delivery, failures, skills and training shortcomings, and management issues, all of which reflect on the efficiency and effectiveness of the police in this province.

"This document cannot simply be filed away, never to be looked at again. People need to be told exactly what is being done when it comes to oversight of law enforcement officers," he said.

THE adequacy of policing and protection of the public came into question when KwaZulu-Natal police gave permission to both the ANC and IFP to hold rallies on the same day, at the same time and in the same place.

It was the 2004 event in Nongoma that "compromised" the safety of government leaders and community members and which led to the establishment of the inquiry into alleged police inefficiency.

KwaZulu-Natal police refused to co-operate with the commission. They were also accused of threatening people who dared complain at 40 or so community meetings.