Obesity in SA tips the scales 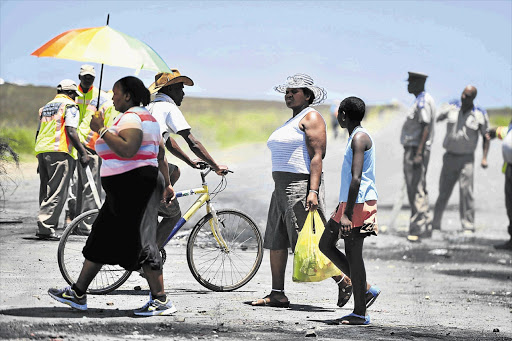 According to a recent survey, a third of black women are obese. It is believed cheap, unhealthy food is a leading cause of weight-related health problems Picture: LUCKY MORAJANE/GALLO IMAGES

More than two-thirds of middle-aged women in South Africa are overweight.

The most recent figures from the Medical Research Council's burden of disease unit show that 70% of all women above the age of 35 are overweight.

Men are not that far behind, with 40% of all men above the age of 35 being overweight.

The South African Institute of Race Relations on Monday said that a third of black women were obese, as were 25% of coloured and white women.

A quick scan of internet dating sites shows that many cater for larger people in South Africa. These include cuddlydating.co.za and fatdating.co.za.

There are also modelling agencies in South Africa that use fuller-figured women on the catwalk.

But despite the popularity of plus size figures, the severe health risks linked to obesity remain.

While black women had the highest rate of obesity, only 6% of black men were obese.

The institute also found that 18% of white men had a body mass index of above 30.

Dietician Ina Nortjé said yesterday that having a body mass index of over 25 - a sign one is overweight - can increase a person's risk of acquiring a lifestyle disease between four to eight times.

Non-communicable diseases that are associated with being overweight include some forms of cancer, type 2 diabetes, heart disease and strokes.

Nortjé said: "Just losing 5% of body weight, if you are overweight, can reduce the risks of ill health."

"Obesity was no longer a middle-class phenomenon because unhealthy foods are cheap and are easily available [everywhere]."

Figures from the school's research unit showed that 25% of rural teenagers were obese.

Nortjé said poorer rural people and middle class urban residents were both eating too many refined carbohydrates without fibre.

She said unrefined carbohydrates with fibre filled a person more quickly, so he or she ate less.

In the past 10 years, South Africans' consumption of processed foods has grown alarmingly, according to a study published last year in the medical journal PLOS under the title "Big Food, the Consumer Food Environment, Health, and the Policy Response in South Africa".

The survey found that "in 2010, up to half of young South Africans were reported to consume fast foods, cakes and biscuits, cold drinks and sweets at least four days a week".

Nortjé said people needed to eat twice as many vegetables as they did carbohydrates.

"It also takes 20 minutes for hormones to tell your body it is full so it is better to eat slowly," she said.