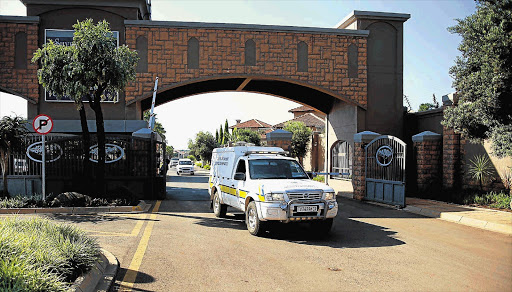 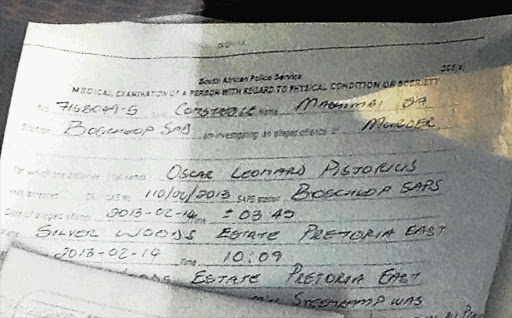 The celebrity smackdown of Oscar Pistorius has begun.

Little more than 24 hours ago he was the astounding athlete who ran to international glory on prosthetic legs. He was the Usain Bolt of the Paralympics, the macho superstar whose Pretoria politeness and clean looks bewitched hard-boiled TV presenters.

Men admired him, women adored him. Disabled children were inspired by him. He was the shining poster boy for how to make the best of whatever life throws at you.

Hearing that Pistorius has been charged with murder is like hearing that Archbishop Desmond Tutu has been caught with his hand in the till. We are stunned. We still do not quite believe it.

Which is probably why the first rumour that took root as the news broke early yesterday was that Pistorius must have mistaken his girlfriend, Reeva Steenkamp, for an intruder. What other explanation could there be?

But as shock gives way to reality, a volatile private life is starting to emerge.

It seems everyone has a story to tell: Pistorius could be a thuggish, out-of-control drunk. He abused girlfriends. He once threatened to break a man's legs. He loved guns.

Trish Taylor, mother of the runner's ex-girlfriend Samantha, posted on Facebook yesterday: "I'm so glad that Sammy is safe and sound and out of the clutches of that man. There were a few occasions when things could have gone wrong with her and his gun during the time they dated. My condolences to the family whose daughter has passed away. My heart breaks for you."

Brigadier Denise Beukes revealed yesterday that it was not the first time police had been called to the Pistorius home. There had been "previous incidents", she said, "allegations of a domestic nature".

In January 2012, a brilliantly revealing profile of Pistorius appeared in The New York Times. Its author, Michael Sokolove, had spent several days with the fabled runner.

"Hanging out with Pistorius can be a great deal of fun," he wrote. "You also quickly understand that he is more than a little crazy."

Sokolove writes with a mixture of fear and admiration about the Blade Runner's wild ways: death-defying speedboat and motorbike crashes, maulings by two pet African white tigers, and a nail-biting spin in Pistorius's Nissan GT-R at 250km/h.

Buried in the article is a scene in which Pistorius mentioned he had grabbed his gun the night before when his house alarm had gone off. It had turned out to be nothing, but in the ensuing conversation, Pistorius discovered that Sokolove had never fired a gun.

Incredulous, Pistorius "fetched his 9-millimetre handgun and two boxes of ammunition and said, 'We should go to the range'." There, he taught the New York reporter to shoot.

Eight months later, Pistorius was interviewed at home by a reporter from the UK Daily Mail who wrote that "cricket and baseball bats lay behind the door, a pistol by his bed and a machine gun by a window".

Though the reporter found it "a disconcerting scene", he reasoned that it was probably "just everyday protection in his [Pistorius's] sometimes-troubled homeland".

Having glossed over this juicy tabloid fodder, the reporter instead gushed about Pistorius's friendliness and how he had given him a lift to the airport.

Just like us, that reporter was loath to let his exotic find - lethal weapons in the home of a famous athlete? - get in the way of the "golden boy" narrative.

Until today, we shared that reluctance to delve into the darker side of Oscar Pistorius.

In a country in which so few heroes stay on their pedestals, we needed him.