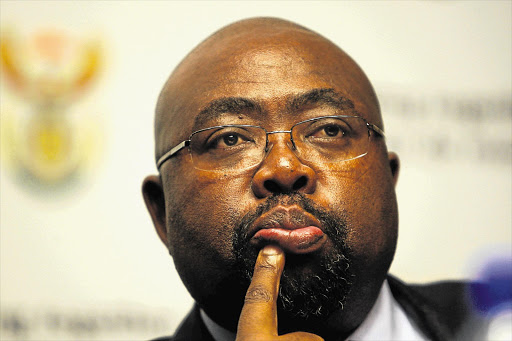 The Department of Public Works paid more than five times for renovations on its Pretoria head office than the price originally quoted.

Warning that heads would roll, public works minister Thulas Nxesi said the renovations were initially estimated at R59-million but the department ended up paying R325-million on completion.

Nxesi conceded that his department was plagued by tender fraud and corruption, with contractors and officials illegally raking in millions of taxpayers' money.

He said he had also requested that the unit focus on the high costs of renovatingministerial houses in Pretoria and Cape Town.

He said in Pretoria, the unit had already completed its investigation into the prestige portfolio.

The scope had revealed that R27-million had been spent on renovations, with R4.7-million paid to suppliers without supporting documents.

"The investigation found that bills of quantity were excessively inflated and supply chain prescripts were not complied with in appointing service providers," he said.

He said in Cape Town, it was found that about R100-million had been spent on renovating 11 ministerial houses.

"I suspect that similar irregularities of corruption, inflation of bills of quantity and fruitless and wasteful expenditure are likely to be discovered," he said.

Cases completed by the unit so far include:

The head of property management is facing disciplinary action and the department is trying to recover R6.3-million;

The matter was before courts; and

"Rebuilding public works is a process, not an event. Those who have illicitly gained from the previous chaos will resist change, but only the guilty need fear the turnaround process," said Nxesi.