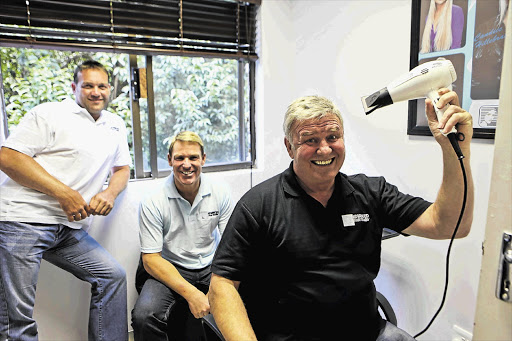 He was dating one of the most beautiful women in the country -long-term girlfriend and model Shamone Jardim - but Proteas star Jacques Kallis, 37, said his bald patch affected his self-esteem.

Following in the footsteps of Australian bowling legend Shane Warne, Kallis sought the help of a well-known hair studio for strand-by-strand treatment.

The clinic makes a membrane that is non-surgically attached to the scalp by means of a non-allergenic silicone-based solution.

Hair is then added where required.

Said the cricketing all-rounder: "When I first got it done, [the team] used to go out for dinner and a fan would recognise me and ask [one of my team-mates]: 'Is that Jacques Kallis?' and one would answer: 'No, that's not Jacques. This guy has hair.'

"In the beginning it was quite a shock for my girlfriend. [Shamone] was a little sceptical beforehand, as probably most people are, but once the procedure was done, it looked so natural, she said: 'I'm not sure I could see you without hair again.' "

Kallis and Warne were joined by comedian Leon Schuster for a promotional tour in Johannesburg and Pretoria, where they spoke about the effectiveness of their treatments.

The trio is due in Cape Town today and Durban tomorrow.