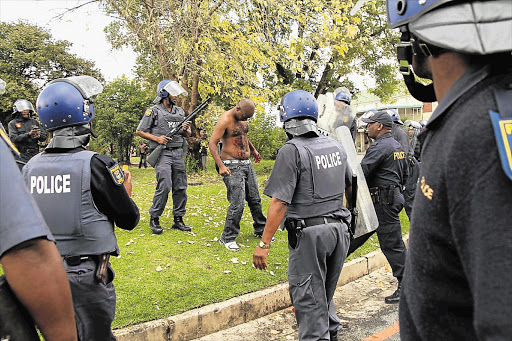 Andries Tatane after he had been shot by the police with rubber bullets in Ficksburg, in April 2011, during service delivery protests. He died on the way to hospital. File photo
Image: WILLEM VAN DER BERG/BEELD

Regional Magistrate Hein van Niekerk found the State could not prove its case beyond reasonable doubt.

Tatane died on April 13, 2011, after police used rubber bullets and batons to subdue him during a service delivery protest in Ficksburg.