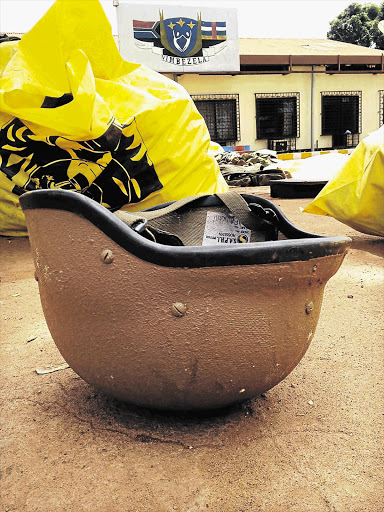 AS pressure builds on President Jacob Zuma to explain South Africa's military involvement in the war-torn Central African Republic, it has emerged that companies with links to influential politicians and businessmen are gunning for oil and mineral deals in the region.

At least one company, Divine Inspiration Group Oil - owned by influential businesswoman Andrea Brown - is currently operating in the CAR.

Brown, who is the sole director of the company, is a key business partner with Encha Group, an investment company founded by Tiego Moseneke, brother of current Deputy Chief Justice Dikgang Moseneke. She also acted as a consultant or worked with the government in the drafting of BEE legislation.

Other companies linked to large-scale oil prospecting in the region - including an oil lake in the neighbouring Democratic Republic of Congo that stretches to the southern region of CAR - are Caprikat and Foxwhelp, owned by Jacob Zuma's nephew, Khulubuse Zuma. Both these companies are registered in the Virgin Islands.

None of these individuals could be reached for comment yesterday.

Zuma is under immense pressure from opposition parties demanding that he reveal the reasons for the troops' deployment in the war-torn country.

In January, Zuma ordered the deployment of an additional 400 troops for the protection of South African military assets and trainers in CAR.

Since 2007, South African National Defence Force officers have been training CAR military personnel as part of a bilateral agreement. Bozize came to power in 2003 after staging a military coup.

United Democratic Movement leader Bantu Holomisa, in an open letter to Zuma, has questioned him on what South African assets were being protected in CAR and whether South Africa owned or had sold mineral rights in that country.

DA parliamentary leader Lindiwe Mazibuko also wrote to Zuma, asking why he decided to deploy troops in the CAR.

"I have written to President Jacob Zuma to request that he calls both houses of parliament to a joint sitting as a matter of urgency, so that he can provide a detailed briefing on the events currently unfolding in the CAR," Mazibuko said.

Presidential spokesman Mac Maharaj yesterday said he had "no indication" yet from Zuma as to "what the next development in CAR would be".

He referred all questions on the military situation to the SANDF and declined to answer questions on possible business links that the president's family might have in the region.

"I will not give credibility to wild unsubstantiated allegations," he said.

Despite its feeble economic growth, CAR has an abundance of undeveloped mineral resources, and mining companies from around the world are circling. The resources include copper, graphite, ilmenite, iron ore, kyanite, lignite, manganese, monazite, quartz, rutile, salt, tin and uranium, according to the US Geological Survey.

Divine Oil was started in early 2007 as a South African and Congolese initiative aimed at exploring opportunities in the DRC and CAR.

Khulubuse Zuma's companies have signed production-sharing agreements for the control of mineral rights on the same underground lake of oil awarded by DRC President Joseph Kabila.

Khulubuse reportedly signed for the rights for Caprikat, while Michael Hulley, President Zuma's special adviser and close business partner of Khulubuse, signed to get the rights for Foxwhelp.

The companies reportedly paid a total of $6-million for the rights.

Chief whip Mathole Motshekga said: "The development and prosperity of Africa remains the central objective of the government's international perspective and policy for purposes of advancing the African Renaissance.

"T his is no time to score cheap political points . These brave heroes fought for the noble and selfless cause [of] peace, democracy and development in Africa," he said.

The SANDF, meanwhile, prevented union shop stewards from speaking yesterday to their members who are recovering at 1 Military Hospital in Pretoria.

The union this week revealed to The Times that a number of South African troops died at the hands of CAR government soldiers - allegedly trained by SANDF members - in the hours before rebels overran Bangui.

It also alleged that troops deployed to CAR had not been protecting military assets as claimed by the SANDF command, but were guarding South African business and commercial interests.

An urgent meeting of the joint parliamentary standing committee on defence on the situation in CAR will take place on April 4.