Third time luck for the Lions? 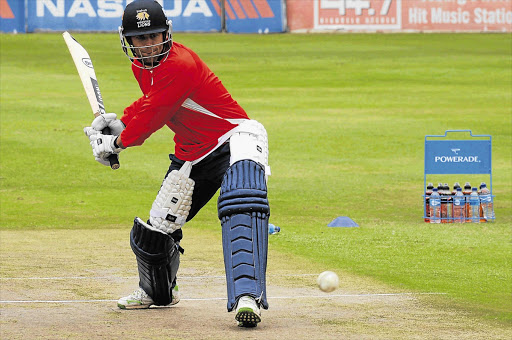 Will it be a case of third time lucky for the Lions?

The Joburg cricket side on Sunday plays its third final since Geoffrey Toyana took over as coach in July.

The Lions fell short of winning the Champions League Twenty20 competition -- losing to the Sydney Sixers by 10 wickets in October. They went on to share the domestic One Day Cup after rain had the last say in the final, resulting in the Lions and Cape Cobras splitting the honours.

They have the opportunity to clinch their first trophy when they take on the Titans at the Wanderers in a repeat of last season's final of the domestic T20 competition. Captain Alviro Petersen made it clear yesterday that the side was after nothing less than a win on Sunday.

"We need to get rid of just being happy to be in the final," he said.

"It's time to win trophies now. It is essential that we arrive with a mindset that we want to win, and with the Champions League nothing is going to change.

"In the past couple of years we have let ourselves down. It is now time to get that monkey off our back and win that first trophy - not a shared trophy." The Titans secured their spot in the final after defeating the Warriors by four wickets in an intense semifinal at East London's Buffalo Stadium on Wednesday.

Toyana expects a tough encounter against the side that has been strengthened by the return of AB de Villiers, Farhaan Behardien and Morne Morkel from the national team. Add to that the acquisition of Herschelle Gibbs, who can be expected to fire in the final despite a poor start in his first game for the side on Wednesday, when he was bowled for a third-ball duck.

In the final last year it was the Titans who emerged victorious at the same ground. This time the Lions are hoping that their bowlers will be able to do the job on a pitch that is expected to be hard and quick.