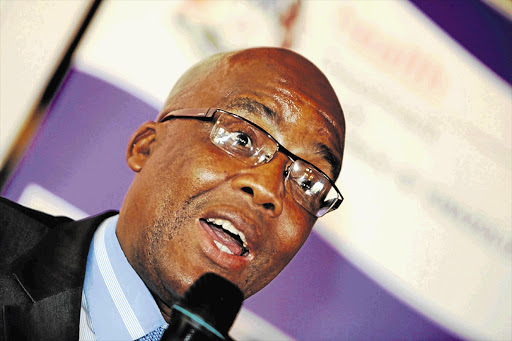 Health Minister Aaron Motsoaledi and doctors believe that the new one-a-day anti-retroviral pill will improve patient compliance because the treatment is easier to comply with and a single pill more discreet to take .

HIV-positive patients on ARVs will, for the first time, this month be given one pill a day, as opposed to three previously.

Most anti-retroviral treatments consist of three drugs, usually tenofovir, emtricitabine and efavirenz. These drugs are now combined in a single fixed-dose combination pill.

A month's supply costs the government R89. Private-sector patients will have to pay between R400 and R500.

Motsoaledi last year pressured pharmaceuticals companies into driving the price down when they tendered for the contract to supply the pill.

"We believe the rollout of the fixed-dose combination will assist a great deal in the management and treatment of HIV. The [pill] will . reduce the risk of patients not complying with the treatment dosage."

It will take about a year to switch the nearly 2million patients on ARVs to the new pill, the SA National Aids Council said yesterday.

Pregnant women and first-time ARV users will be the first to be given the pill.

It was announced in November that all HIV-positive pregnant women, regardless of their CD4 count, would be given the pill to reduce the chance of mother-to-child transmission.

"We decided to introduce a pregnancy register at selected sites to [watch for] adverse drug reactions," said Motsoaledi.

He said the new pill was safe for pregnant women.

More than 7000 doctors and nurses have been given training on the use of the new formulation.

The Rev Bafana Khumalo, of the National Aids Council, said: "We have to ensure that those who are still taking several pills remain in the system and stay motivated."

Dr Fareed Abdullah, the council's CEO, said: "We have come a very long way since the advent of anti-retrovirals. At one point, patients had to take up to 16 pills a day.

"Not everybody will switch to one pill a day immediately because the Department of Health will roll this out over the coming months.

"Next year, the health minister expects that 80% of patients will be on the new formulation," said Abdullah.